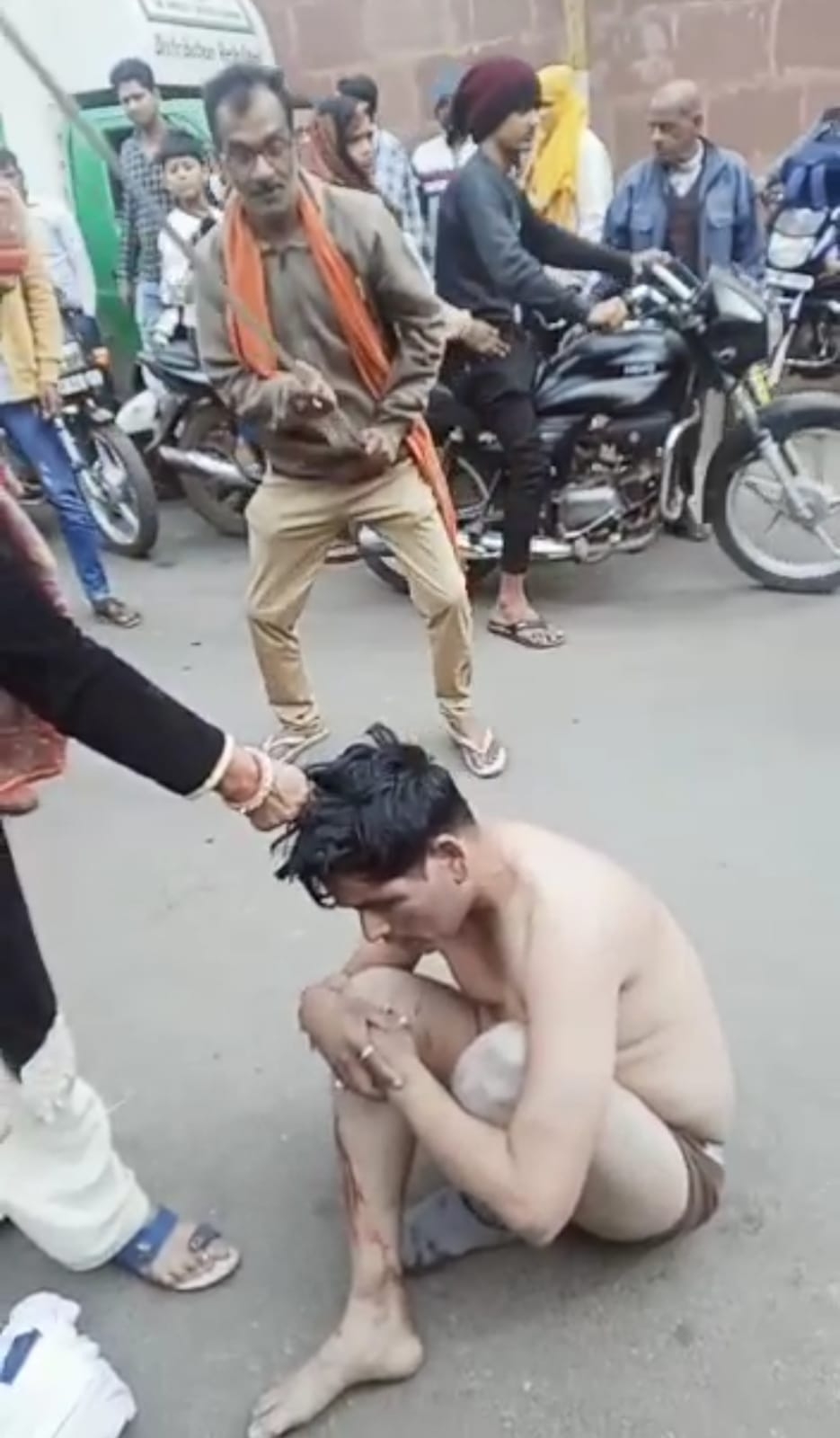 Gwalior (Madhya Pradesh): A group of people including women in Gwalior stripped a man and paraded him half naked in public, accusing him of molesting one of the women.

The videos of the incident went viral on social media on Thursday.

The victim, who sustained severe injuries in the attack, is undergoing treatment at a private hospital. On the basis of viral videos and complaints of the victim, police have registered a case against five persons including two women and launched a manhunt for accused, who are absconding.

According to reports, the victim identified as Jai Prakash Mourya, a resident of Gol Pahadi locality, was attacked by a group of people, who accused him of molesting a woman. The accused also made videos of the incident and made it viral on social media.

In the video, the accused are heard saying to make the videos viral on social media.

“One of the accused woman had earlier lodged a sexual harassment complaint Mourya. He was arrested and sent to jail. He obtained bail recently. On Wednesday, the accused who spotted Mourya in their locality attacked him accusing him of molestation again,” in charge of Janakganj police station Santosh Yadav told journalists adding that a police team has been deployed to nab the accused.