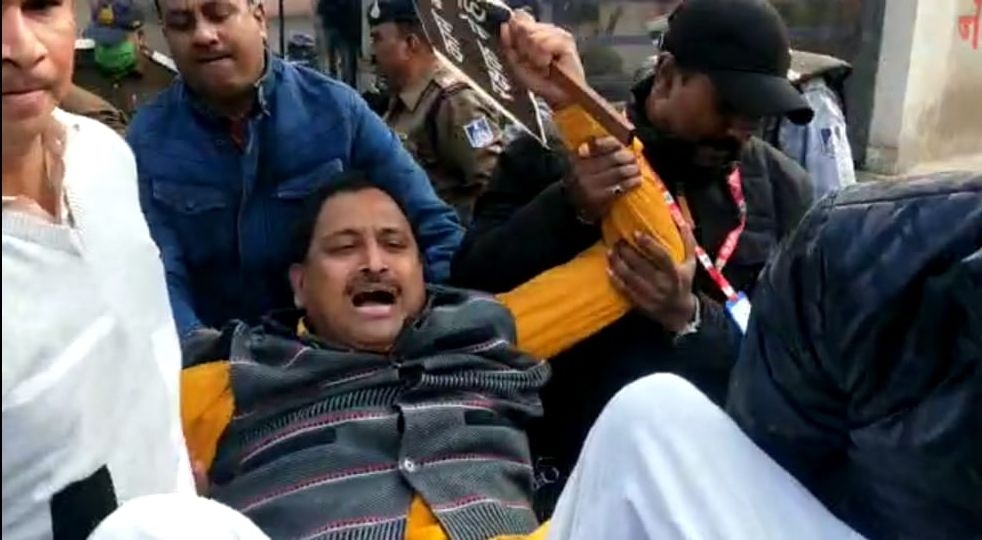 Bhopal (Madhya Pradesh): Several leaders of OBC-ST/SC Mahasabha have been detained ahead of their march to Chief Minister House in Bhopal on Sunday to protest over OBCs reservation in Panchayat polls in Madhya Pradesh.

According to reports, Bhim Army Chief Chandra Shekhar Azad has been taken into custody by police from Rajabhoj Airport.

Heavy police force has been deployed on all the roads entering the city and all entry points have been barricaded.

The police teams have been conducting an extensive checking of vehicles at checking points. 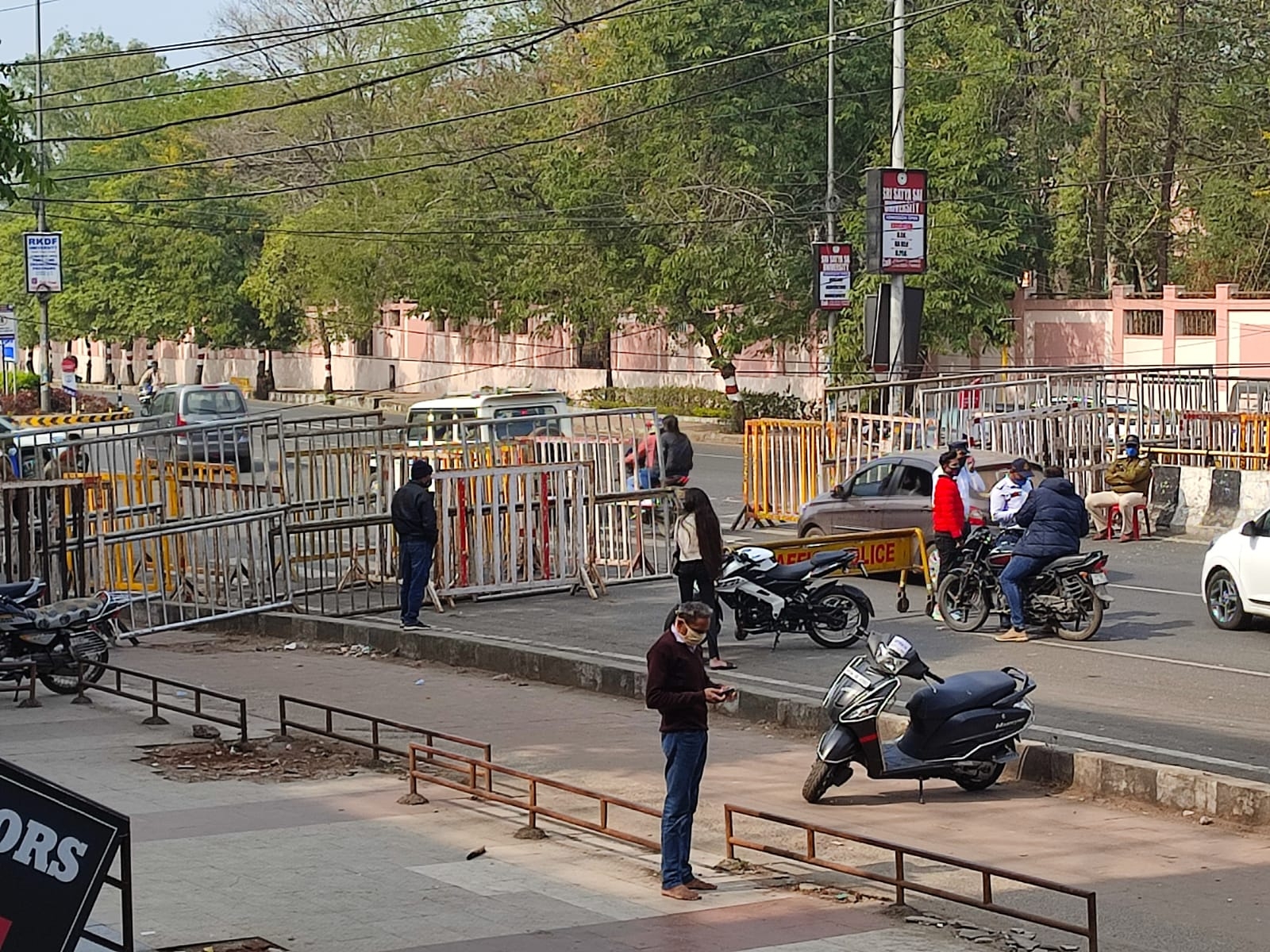 Notably, OBC-ST/SC Mahasabha had called a CM House Gherao protest. The OBC organizations are demanding 27% reservations for OBCs in Panchayat Polls. Over five thousand protestors were expected to participate in the march.

Several leaders, who had arrived in Bhopal on Saturday evening and were staying at different hotels and guest houses, have been detained and taken to desolated places.

The vehicles ferrying protestors from various corners of the state to Bhopal have been stopped either at entry points of the state capital or at the neighbouring cities including Sehore, Raisen, Vidisha and Rajgarh.

The police have also barricaded all roads leading to Chief Minister House, Syamla Hills in Bhopal.

The additional police forces have also been deployed at railway stations of the cities.

On Sunday early morning, some members of OBC organizations gathered at Roshanpura square. But, they were forcibly taken away by the police.

Former Chief Minister and Leader of Opposition in the State Assembly, Kamal Nath alleged that the OBC leaders were being beaten up by police and illegally being detained.

“The government is trying to crush a peaceful protest. OBC leaders are being taken into custody and are being beaten,” he tweeted.