The videos of the incident have gone viral on social media. Police have registered a case against all four accused.
Staff Reporter 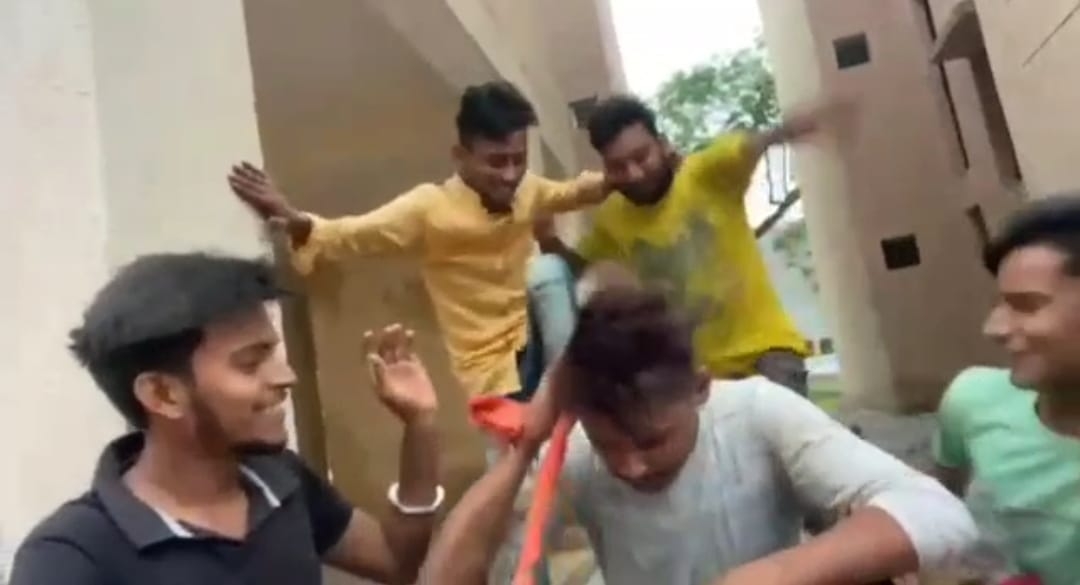 Rewa (Madhya Pradesh): Four youth allegedly beat up a youth severely on suspicion of being a police informer and recorded a video of the incident in Madhya Pradesh's Rewa district, sources said on Wednesday.

The videos of the incident have gone viral on social media. Police have registered a case against all four accused.

The incident took place in July this year, but different videos of the brutal thrashing, including one based on Pakistani influencer Dananeer Mobeen's "Pawri ho rahi hai" meme surfaced on Tuesday.

"We have got the information on Tuesday about the video pertaining to thrashing of a youth by his friends in July. An FIR has been registered against the four accused on the victim's complaint," Rewa's Superintendent of Police Navneet Bhasin said.

The victim, Amit Pandey, told reporters that he was going to his native village Khajua when the accused - Prince Patel, Suraj Prajapati, Lalla Pandit and Shadab - intercepted him in the night.

"They accused me of giving information to police about the sale of their 10 boxes of cough syrup (sold as a narcotic substance). They brutally beat me up for three hours in Khajua. Later, they took me to Rewa and thrashed me again till morning," he alleged.

Meanwhile, five videos of the thrashing incident surfaced in which the victim was seen being hit with sticks, slapped and kicked.

In one of the videos, an accused was heard saying in local dialect, "This is me, these are my friends and we are partying." As he completes the statement, all the accused shout and start kicking the victim.

Bhasin said the four accused have been identified. Two of them are already in jail (in other cases), another one has been detained and search is underway for the fourth accused, he said.