In his appeal to BJP workers in a programme in his Assembly Constituency, Sharma had purportedly said ‘Congressi Dikhen to ghutna tod do.’
Staff Reporter 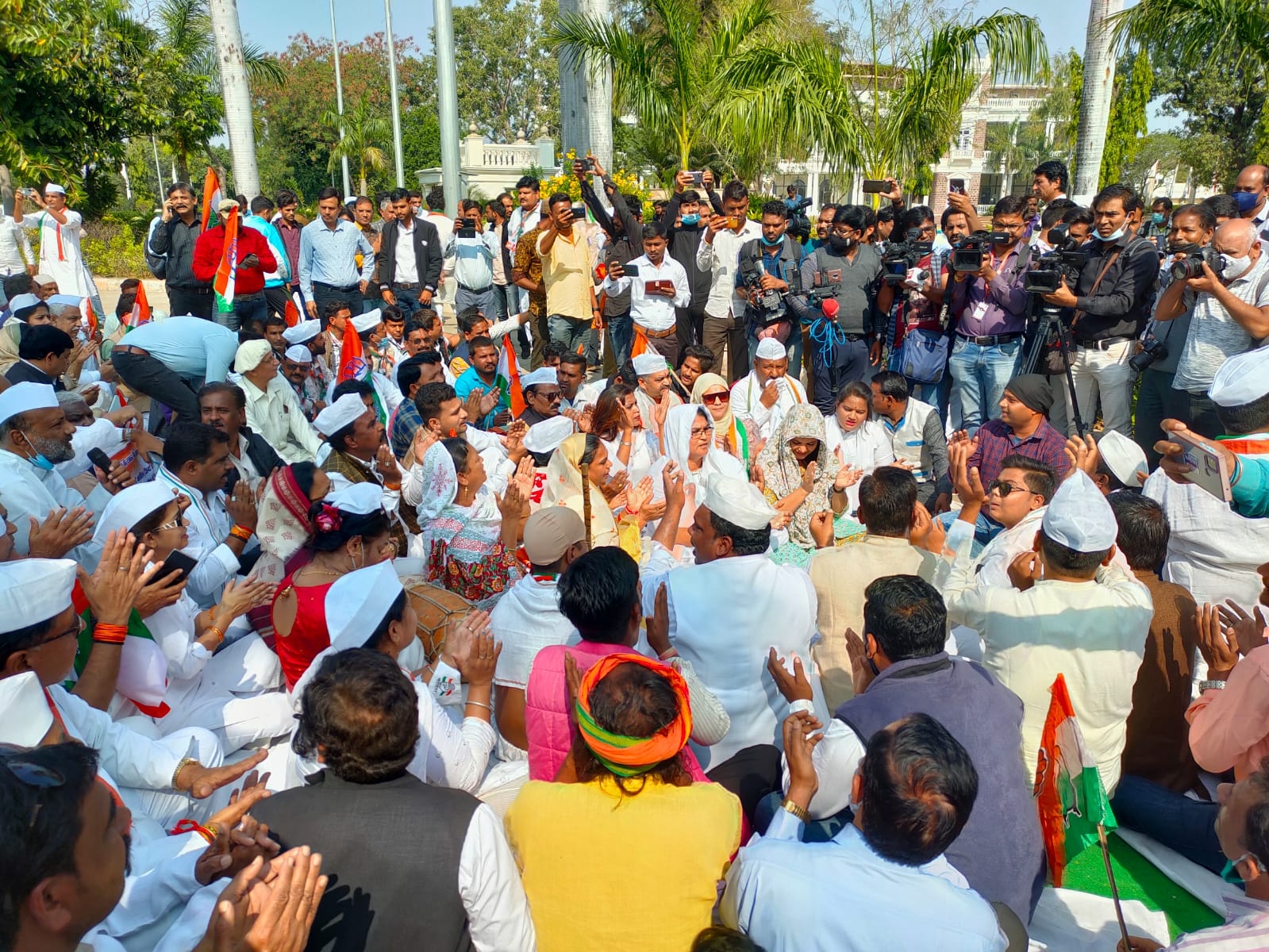 Bhopal (Madhya Pradesh): The Minto Hall in Bhopal is echoed with Ramdhun as a large number of Congressmen have sung that song following a call by former Madhya Pradesh chief minister Digvijaya Singh.

Singh had announced a couple of days back to reach BJP MLA and former protem speaker Rameshwar Sharma’s residence near MLA rest house to recite Ramdhun in response to Sharma’s remark to break the knees of Congress workers. 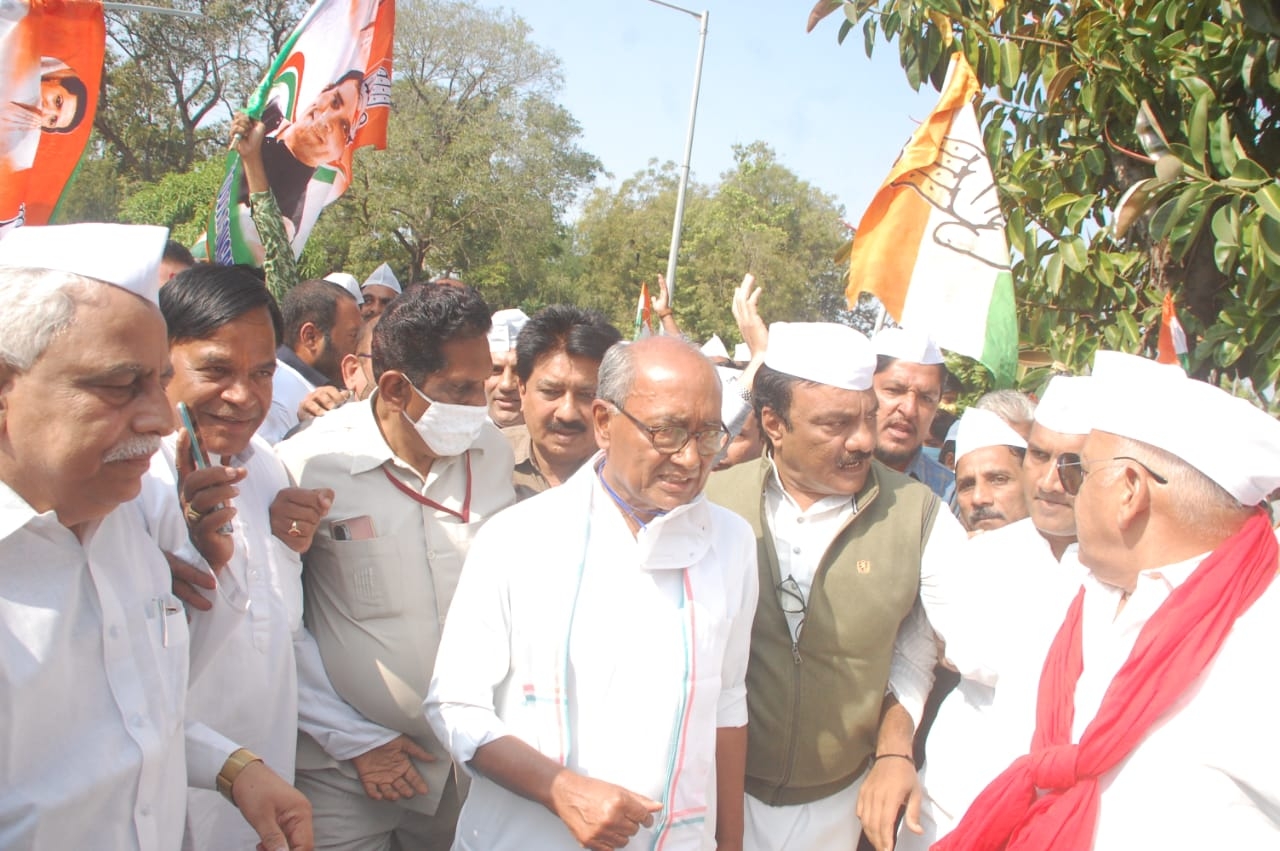 In his appeal to BJP workers in a programme in his Assembly Constituency, Sharma had purportedly said ‘Congressi Dikhen to ghutna tod do.’

As a video of Sharma’s statement went viral on social media, Singh dared Sharma to break his knee and he would recite Ramdhun at Sharma’s residence. He would not react if someone from BJP would break his knees, Singh had tweeted. 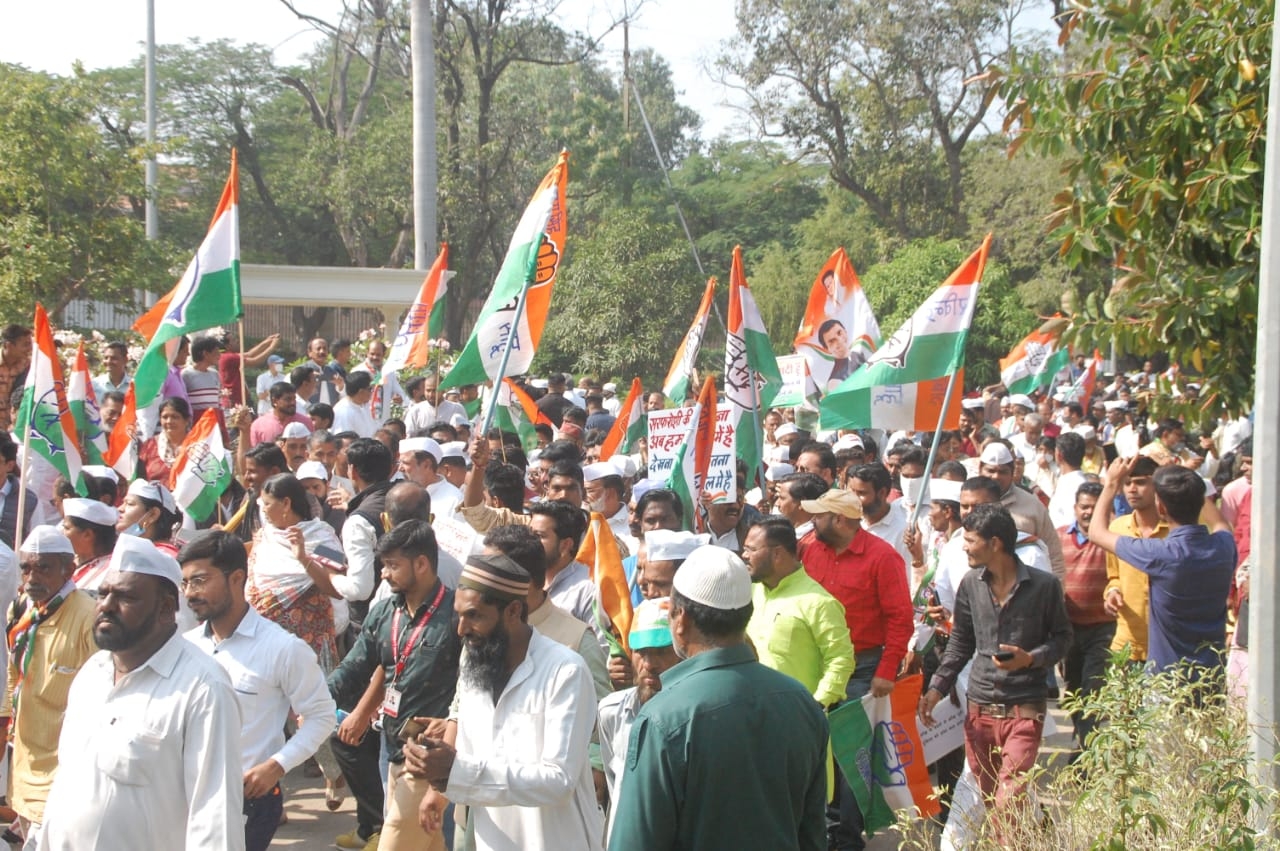 In response to Singh’s announcement, Sharma has made an arrangement for Ramdhun recitation and also for breakfast at his residence.

In view of high political drama expected to take place, the security in the area has been beefed up and additional police force has been deployed.