He made the statement at the celebration of the birth anniversary of tribal freedom fighter Birsa Munda as Janjatiya Gaurav Diwas held at Jamboree ground on Monday.
Yogendra Pratap Singh 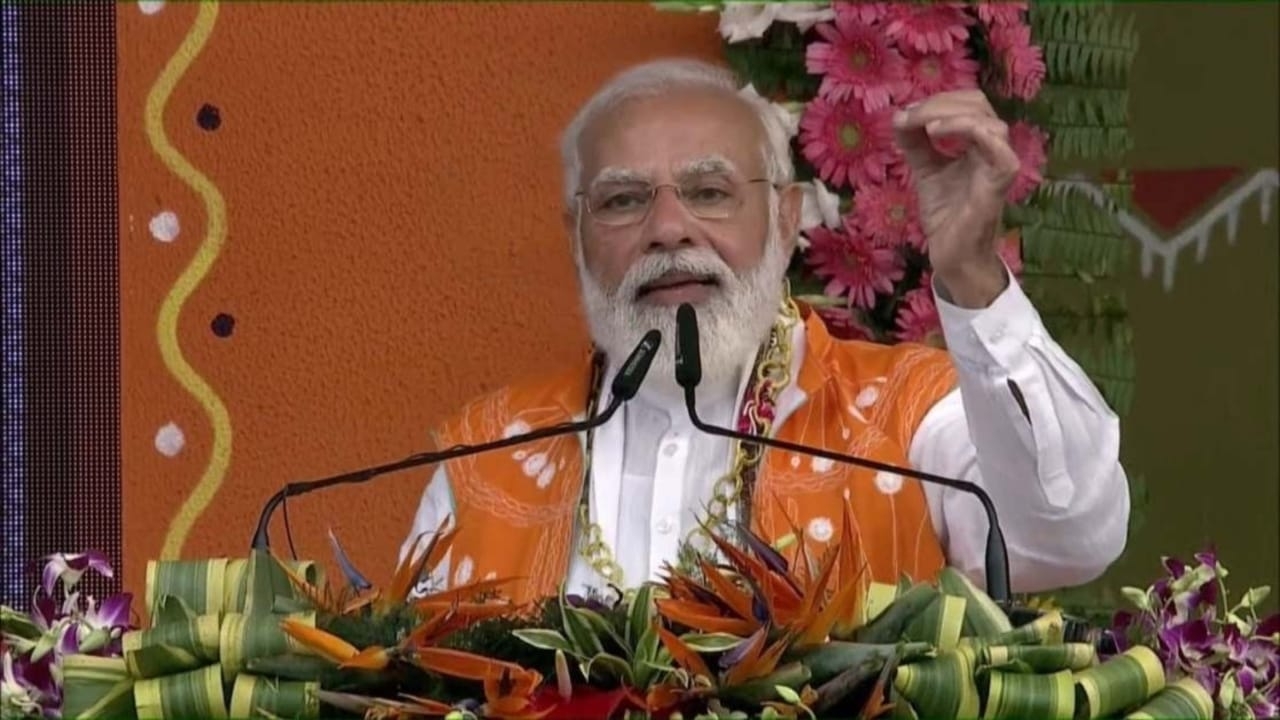 Bhopal (Madhya Pradesh): Prime Minister Narendra Modi, who was in Bhopal on Monday to participate in Janjatiya Gaurav Diwas, targeted the Congress for "ignoring" the welfare of tribal people.

While addressing the programme in which tribal from across the state participated, the Prime Minister said that the efforts were underway to ensure development of regions which remained backward during the "previous" regimes.

"Tribal were not given their dues by the earlier governments and were deprived of basic facilities," Modi said.

He added that the contribution and sacrifices made by the tribal people were ignored and not told properly to the nation. "They (tribal) fought against draconian rules of British, but they were not given the space in the history just because of the lack of intent by the political parties which ruled in the states and at the Centre for the last 70 years," he said.

"Like Ambedkar Jayanti, Gandhi Jayanti and other similar days, the jayanti (birth anniversary) of Bhagwan Birsa Munda will be celebrated every year on November 15," Modi said.

Modi said India is celebrating the first Janjatiya Gaurav Diwas after Independence, adding the tribal art and culture, and their contribution to the freedom struggle and nation-building is being remembered with pride.

The country cannot forget the bravery of Gond queen Durgawati or the sacrifice of Rani Kamlapati, he said. The struggle of Veer Maharana Pratap cannot be imagined without the brave Bhil tribe who fought shoulder to shoulder and made sacrifices, Modi said.

"The previous regimes have committed a crime by ignoring the tribal icons and their contribution. The contribution of the tribal society was either not told to the country and even if told, very limited information was given," Modi said.

Modi launched multiple initiatives for the welfare of the janjatiya community, including the 'Ration Aapke Gram' scheme in Madhya Pradesh.

The scheme is aimed at delivering the monthly quota of PDS Ration to beneficiaries from janjatiya community in their own villages every month, so that they don't have to travel to the Fair Price Shop to collect their ration.

The Mission has been developed to screen and manage patients suffering from sickle cell anaemia, thalassemia and other hemoglobinopathies and to increase public awareness about these diseases, whose impact is seen to be more profound on the janjatiya community of Madhya Pradesh.

He said the plan was to have 750 such schools all over the country.

The Prime Minister was welcomed by tribal groups who performed folk dance. He later inaugurated an exhibition of tribal arts and products made by tribal women's self help groups.

Before reaching to the dias, the Prime Minister honoured freedom fighter and former MLA Laxmi Narayan Gupta and also held a brief talk with him. 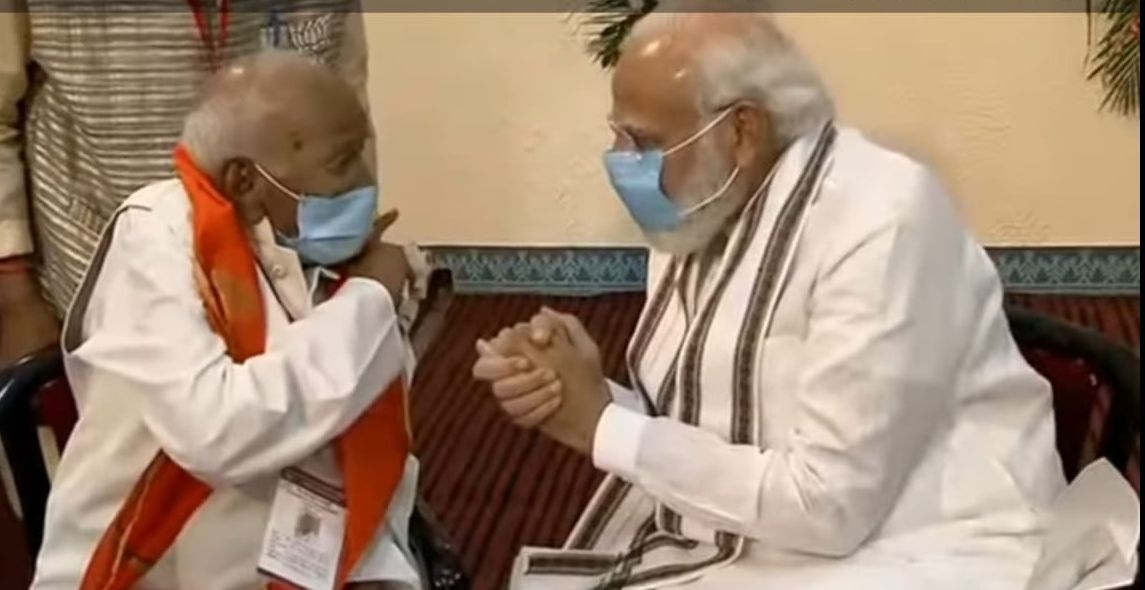 Chief Minister Shivraj Singh Chouhan and state BJP president VD Sharma gifted a pot containing soil from the places belonging to tribal freedom fighters of Madhya Pradesh. The PM was made to wear tribal headgear and jacket brought from Jhabua. 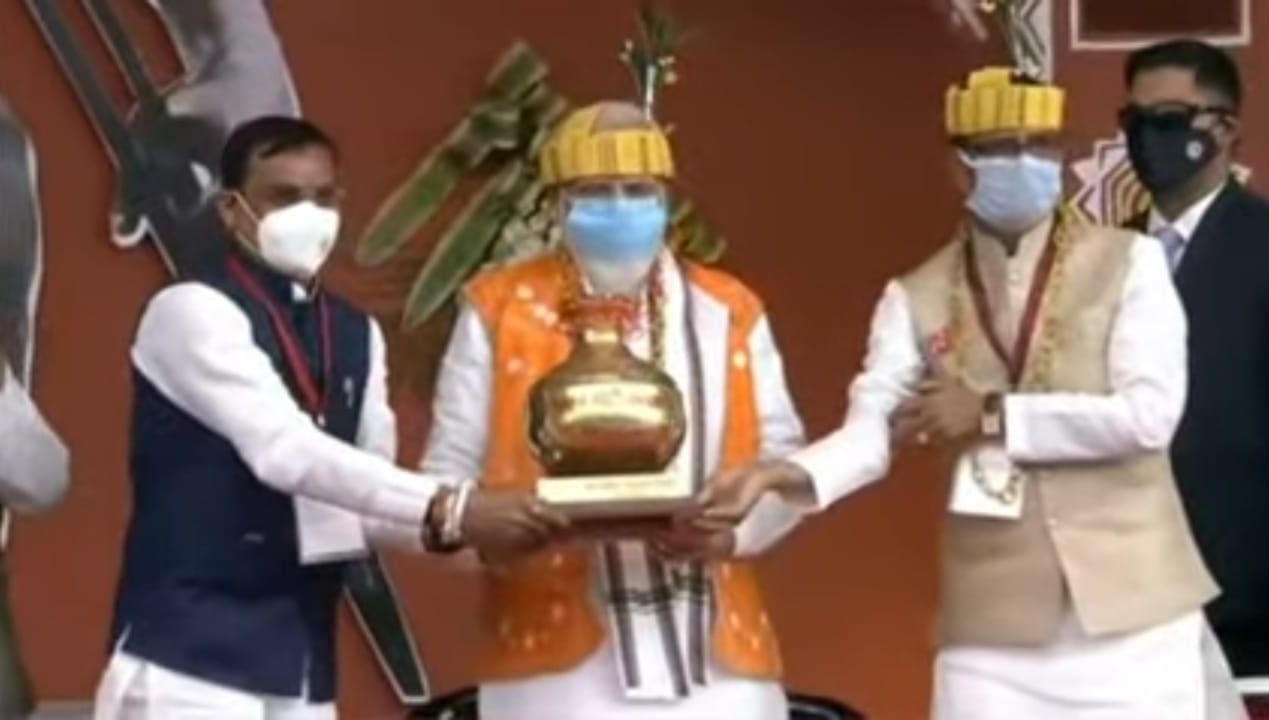 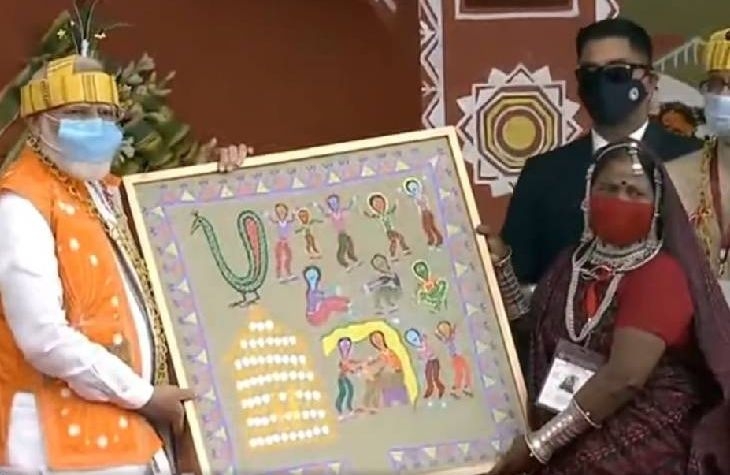 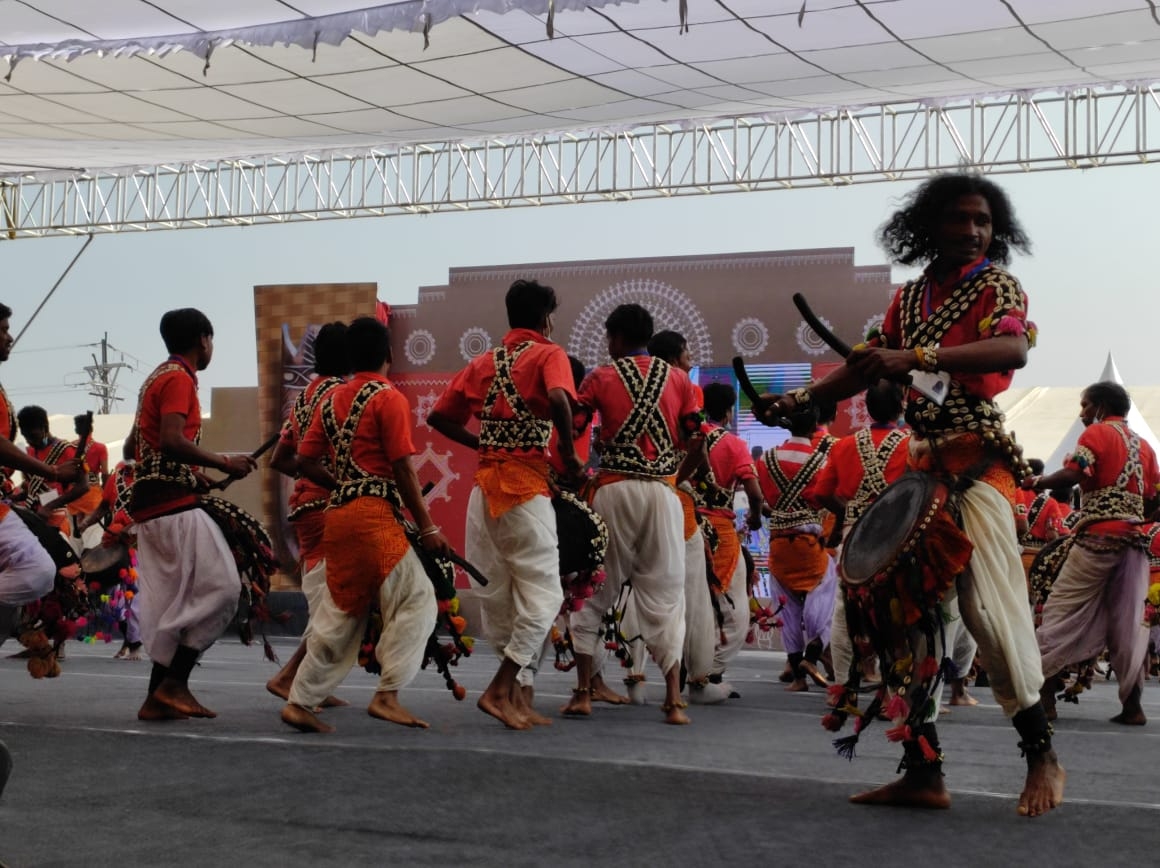 The exact numbers of tribal people who participated in the programme could not be obtained, a BJP leader who was addressing the gathering before the Prime Minister's arrival claimed that more than 2.5 lakh people belonging to tribal community were participating in the event. 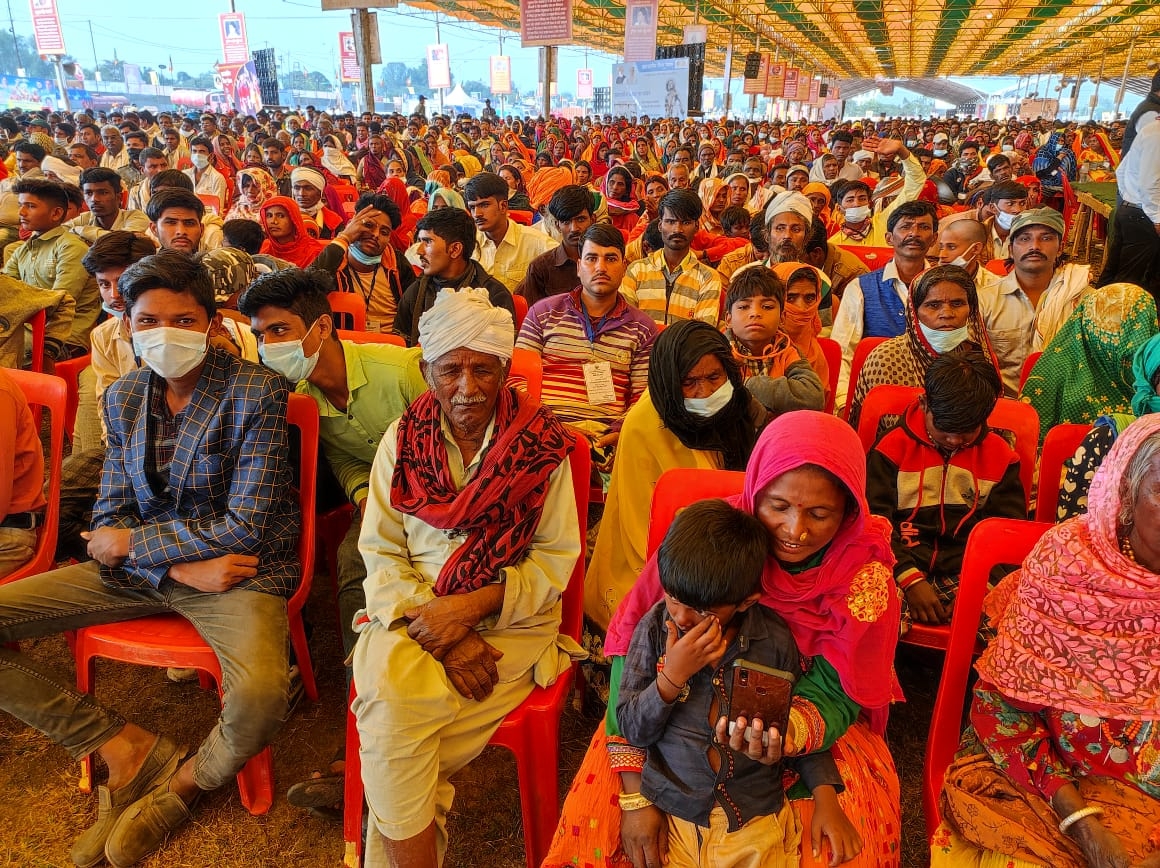 While addressing the gathering, Chief Minister Shivraj Singh Chouhan said Congress was questioning that why Janjatiya Gaurav Diwas Mahasammelan was being organised. "They say it's waste of money. Some people,who used to say that BJP govt is anti-tribal, are going to court. Now they are perturbed. They spend crores on hero-heroines, on events like IIFA," he said.