“On receiving information, a police team was sent to the spot. Jatav was later taken to Shivpuri district hospital, where he was declared dead. A case has been registered and investigation is on,” said superintendent of police, Shivpuri, Rajesh Singh Chandel. 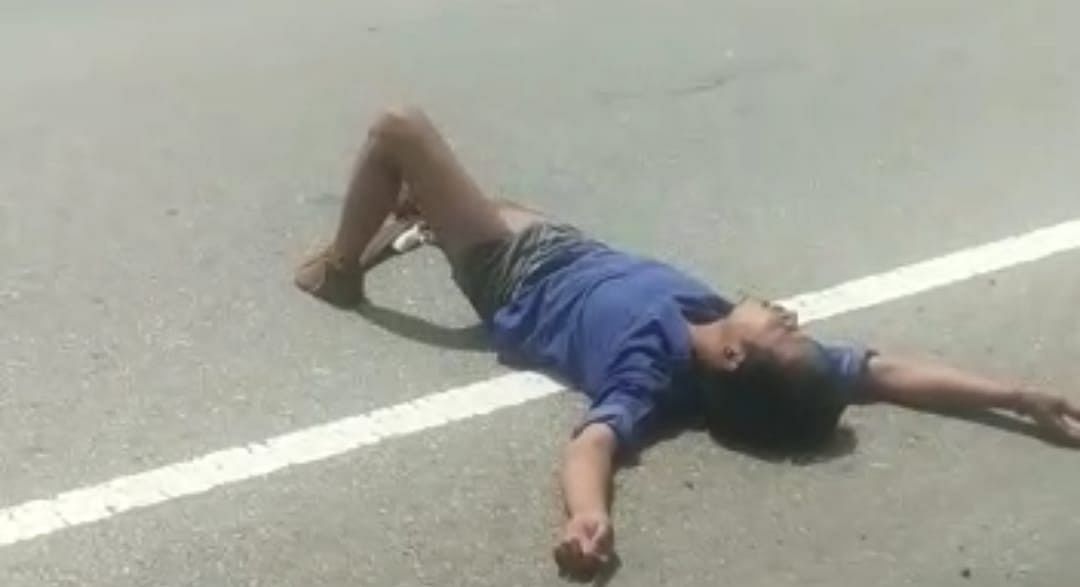 Bhopal (Madhya Pradesh): An ambulance driver left a TB patient on Gwalior-Shivpuri highway to die in Shivpuri district two days back. A video showing the man crying in pain and rolling on Highway went viral on Monday.

The police said that a case has been registered at Subhashpura police station of the district and a notice is also being sent to the ambulance owner, seeking details of the driver.

The deceased has been identified as Narendra Jatav, 25, a resident of village Indaar of the district. As he was suffering from TB, he was taken to a hospital in Gwalior. The doctor prescribed him medicines and asked the family members to take him to Shivpuri district hospital for further treatment.

The family hired an ambulance from a private ambulance service provider. Shivpuri Superintendent of Police Rajesh Singh Chandel said that when ambulance reached Subhashpura area, Jatav started crying and complained of anxiety. He also asked ambulance driver to stop the vehicle. He along with his wife and a child got down from ambulance.

While Jatav was crying in pain, the ambulance driver left him midway and fled.

“On receiving information, a police team was sent to the spot. Jatav was later taken to Shivpuri district hospital, where he was declared dead. A case has been registered and investigation is on,” Chandel told Free Press over phone.