The man was furious with his wife for seeking divorce;accused on the run

Bhopal(Madhya Pradesh): In broad daylight a man set his wife on fire in full public view at a busy market on Marwadi road under Kotwali police here on Wednesday. The Rajasthan-based man was upset with his wife as she was seeking divorce. The woman had left him and moved to Bhopal.

To teach her a lesson, the man, identified as Rayees, hatched a plan and on the destined day he poured petrol on his wife and set her ablaze. The woman has sustained burn injuries and is undergoing treatment at a hospital. The video of the incident has also gone viral on social media platforms. The accused is one the run.

Deputy commissioner of police Riyaz Iqbal told Free Press that the victim, a resident of Rajasthan, is currently staying with her sister and brother-in-law. The woman got married to Rayees in 2019 in Rajasthan. Rayees lived with his sister and her children.

Rayees doesn’t want to have his own children and whenever his wife would ask him to start a family he would refuse.  The issue soured the relationship between the couple and the woman who left her home and returned to her parents. However, Rayees started allegedly harassing her  and, unable to tolerate it any further, the woman moved to her sister’s place in Bhopal. She took up a job as a caretaker of old aged couple.

Rayees, unable to tolerate the rejection, continued harassing her. The man then contacted her and said that he would give her a divorce. He  asked her to meet him on Eid to sign the papers.

On Tuesday Rayees told her that he had emailed her divorce papers and she should get a print of the documents and go through it. When the woman was approaching the cybercafé, situated on Marwadi road Gali number -4, to get a printout, she spotted Rayees. The woman informed her sister that Rayees was present there.

When the woman was on her way, Rayees approached her and while talking, he took out a small bottle filled with petrol and poured it on the woman. Before she could understand anything, Rayees lit a matchstick and set the woman on fire. Leaving her wife in flames, Rayees fled from the spot.

The passersby rushed to the rescue of the woman and doused the fire. She was later taken to a nearby hospital.

Rayees has been booked for attempt to murder and other sections of domestic violence and dowry demand. Police have launched a manhunt to nab the culprit. 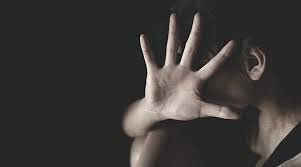