Contractual health employees sitting in a dharna at Neelam Park were thrashed by police on Thursday.
Staff Reporter

BHOPAL: Former AICC national president Rahul Gandhi condemned the Madhya Pradesh police and government action against Covid contractual employees taken on Thursday through his tweet on Friday. Congress leaders have joined in support of the employees.

Rahul tweeted: “Shameful. This barbaric action on corona warriors is done because they were asking their right and were sitting dharna (sic). This is the display of the power of the unfair BJP government”. 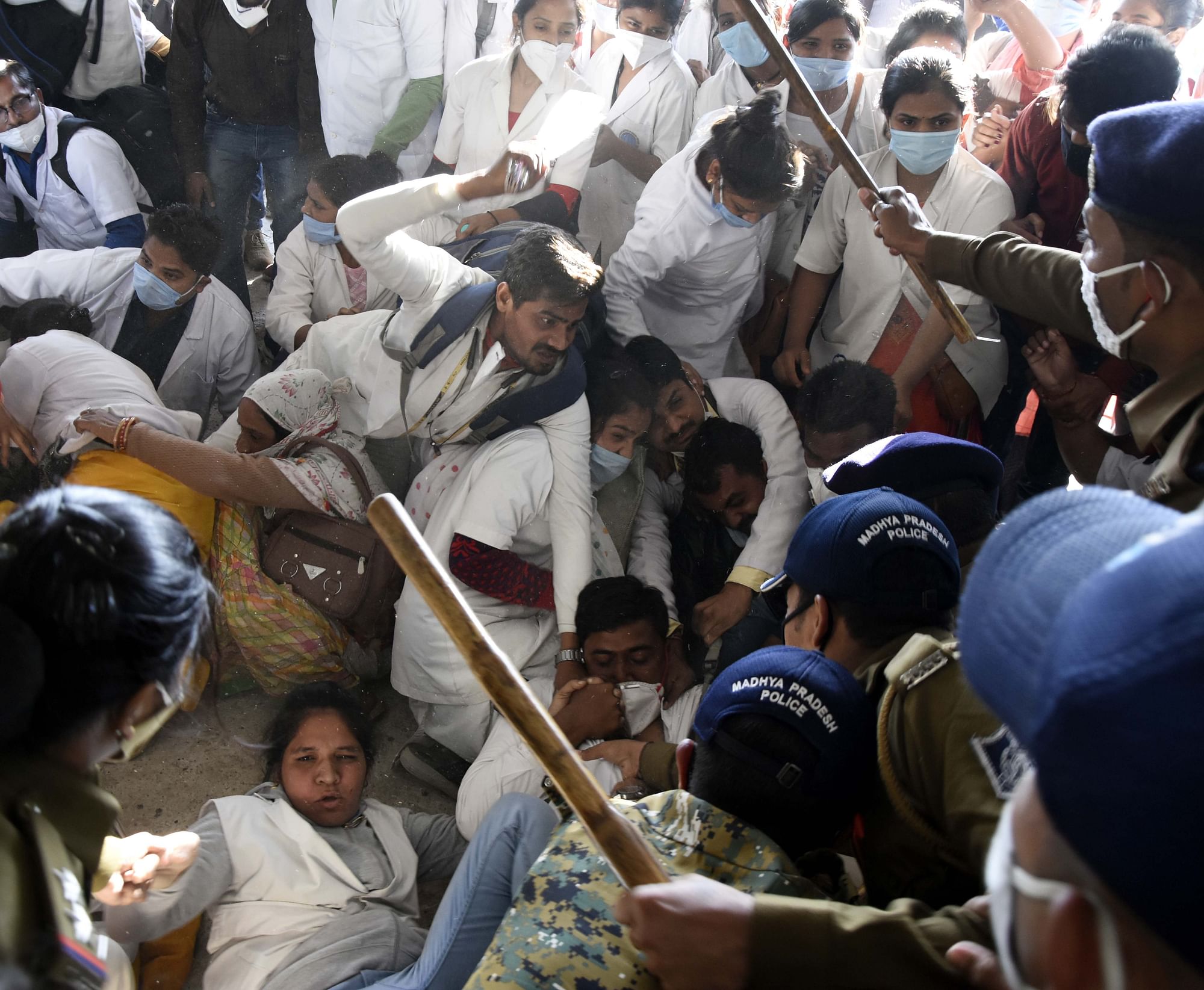 The medical wing of the NSUI also supported the contractual workers. The state president of the wing, Ravi Parmar, said that the NHM had appointed the contractual employees to combat corona. These were the warriors who had fought with the disease putting their own lives at stake.

These were the people who had been showered with rose petals for their exemplary work and the state government should spare a thought for these staffers, he added. Those who had been arrested should be released and, if the government failed to release them, the NSUI would launch a statewide agitation, Parmar warned.