Tribal artistes rehearsing at t AICUF Ashram in Arera Colony for Janjatiya Gaurav Diwas which will be attended by PM Narendra Modi . |

BHOPAL: The rich Adivasi culture of Madhya Pradesh will be showcased in the form of an exhibition and a dance performance before the Prime Minister Narendra Modi during his short visit to the state capital on November 15.

According to Ashok Mishra, curator State Tribal Museum, a 7-minute presentation of Karma tribal dance would be staged before the Prime Minister. Around 200 dancers will take part in the performance. Karma is a dance form common to many tribal communities of central and eastern India. It is performed in honour of ‘Karma’ - the god of fate.

The dance is being choreographed by classical dancer Kavita Saji. The performers have been rehearsing at the AICUF Ashram in Arera Colony for three days. Saji said that the performers are in the age group of 15-70 years. “I am amazed to see their energy levels. They don’t need to be taught anything. They are born dancers,” she said. 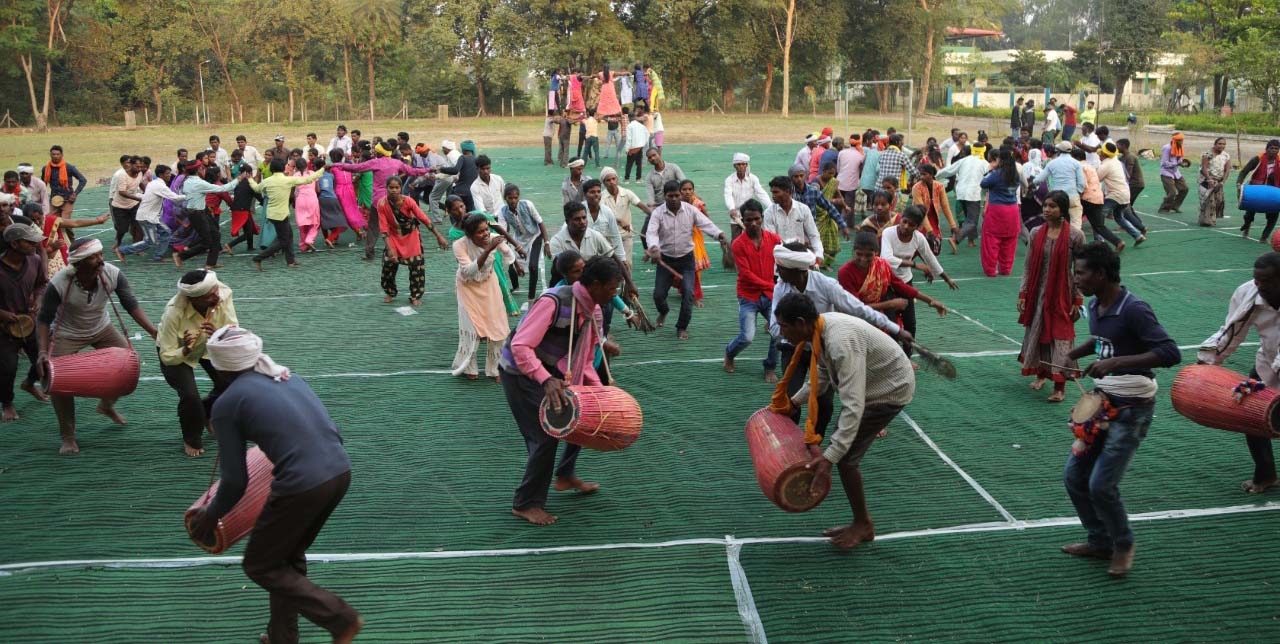 Tribal artistes rehearsing at t AICUF Ashram in Arera Colony for Janjatiya Gaurav Diwas which will be attended by PM Narendra Modi . | FP

Saji said that they have been rehearsing from 11 am to 7.30 pm every day. “We will be holding a dress rehearsal at the Jamboree Maidan on Saturday,” she said.

In addition, there will be a series of portraits depicting the glorious deeds of the 16th-century Queen of Gondwana, Rani Durgavati. The exhibition will be organised by the Swaraj Sansthan Sanchanalaya, Mishra said .

Seven tribal dances of Madhya Pradesh will be presented before the audience at the event prior to the arrival of the Prime Minister. They include Gudum Baja and Saila (Gond), Ghodi Pathayee (Baiga), Bhagoria (Bhil) Thapti (Korku), Bhadam (Bharia) and Dahka (Kol).