The woman has told police in her complaint that she is from a Hindu family and she had a love marriage with Farooq in 2014.

Narsinghpur (Madhya Pradesh): A 26-year-old Hindu woman has lodged a complaint against her muslim husband and in-laws after eight years of her marriage at Kareli police station in Narsinghpur.

The woman has told police in her complaint that she is from a Hindu family and she had a love marriage with Farooq in 2014. Before marriage, Farooq had accepted to marry her by following her religion but just after the marriage, her mother-in-law started pressurising her to change the religion.

She claimed that she cooked non-vegetarian food against her wish and she was forced to eat meat. Besides, she stopped fasting on the Hindu Teej festival and her Hindu name was changed to Aisha. She was continuously harassed by her in-laws for dowry. They also beat her up.

They also threatened to divorce and to do ‘Halala’. (Halala is a practice in Islam in which a woman, after being divorced by triple talak, marry another man, consummates the marriage and gets divorced again in order to be able to remarry her former husband.)

Fed up with the continuous harassment, the woman reached the police station along with her brother and lodged an FIR against them on Friday.

Kareli police station in charge Akhilesh Mishra said that on the complaint of the victim, a case was registered against the accused under sections 498A, 506, section 3 and 4 of Dowry Prohibition Act 1961, section 3 and 5 of Madhya Pradesh Religious Freedom Act 2021, section 4 of Muslim Women Act 2019 and SC ST Act. 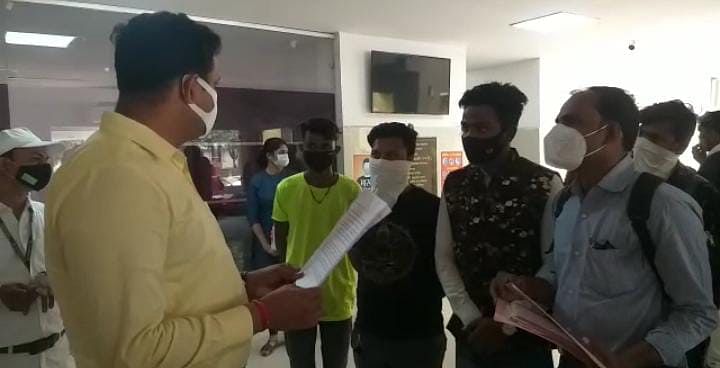