More than ten shots were fired by the five accused who came on a bike.

Gwalior (Madhya Pradesh): In a shocking incident, a man was shot dead here on Wednesday night over using abusive words.

Five people fired at a man named Prashant Baghel in Jawahar Colony of Dabra, in which Prashant died on the spot due to three bullet injuries. Another passerby was also injured in the shootout.

The attackers fled the scene after the incident. Dabra police have registered a case of murder against the five accused.

According to reports, Prashant, 24, was standing outside his house when the incident happened. More than ten shots were fired by the five accused who came on a bike. Hearing the gunshots, the family members came out of their house and took an injured Prashant to Dabra Hospital where doctors declared him brought dead.

A young man named Raja Ram standing nearby also got hit by the shrapnel of the bullets in the attack. Raja Ram has been referred to Gwalior’s Jaya Arogya Hospital.

It all started with verbal abuse over a phone call...

On the basis of a complaint filed by the victim’s father, Inder Singh Baghel, Dabra City Police has registered a case against 5 people. A case of murder and attempt to murder has been registered against Jaspal Sardar, Sattar Shah, Shivam Joshi, Mohit Yadav and Dharmendra Karan.

Close relatives of the deceased told that the accused had a dispute with Prashant 8 days ago. The attackers and Baghel abused each other on a phone call as well. Reports claim the two parties buried the hatchet later on by singning an agreement but despite that they came outside his house and killed him. After Prashant's murder, scores of people gathered at the hospital and protested against the murder in broad daylight in the city. The people then also reached the police station and expressed their displeasure over the incident and demanded the early arrest of the accused.

Former minister Imrati Devi also joined the protests and reached the police station, where she said that Dabra’s law and order has collapsed. She also asked the police officers to arrest the accused as soon as possible.

Even before this incident, there have been incidents of robbery, murder and theft in broad daylight in Dabra. This has caused anger among the locals regarding the law and order situation in the city. 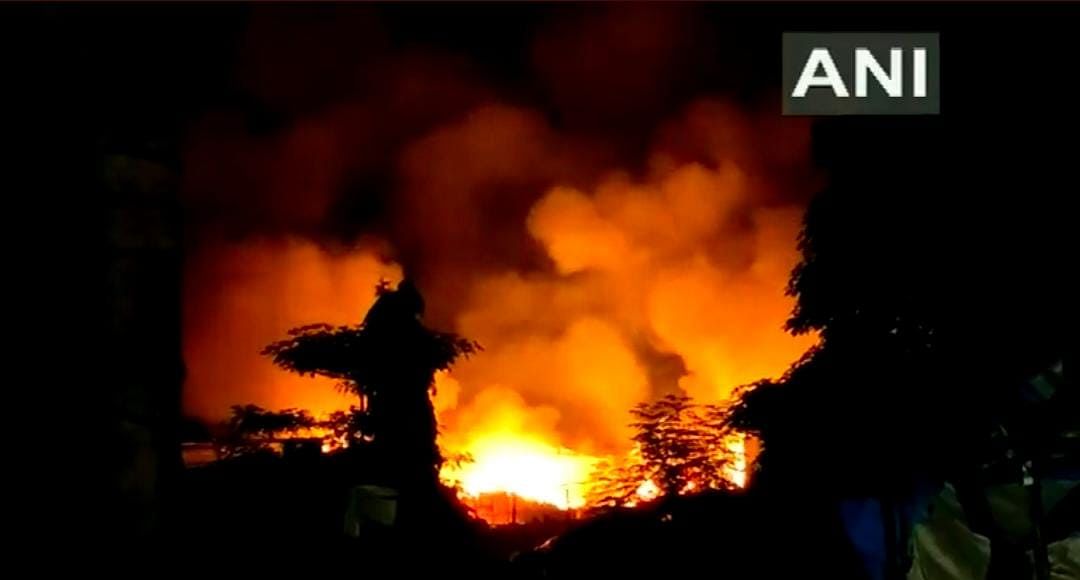