Chief Minister Shivraj Singh Chouhan will also conduct an aerial survey of the rain-affected district on Tuesday, they said.

Many parts of MP, including Bhopal, witnessed heavy downpour over the last few days, leading to power supply disruptions in the state capital and other places.

Rains stopped in Bhopal on Tuesday and the power supply was restored after more than 24 hours in parts of the city, which had witnessed tree falls and traffic snarls over the last couple of days due to heavy showers and strong winds blowing at up to 40 km per hour, officials said.

After the long power cut in Bhopal, MP central zone power distribution company called in its workers from neighbouring districts to restore supply in the capital city, an official said.

Some residents complained they faced power outage for more than 30 hours.

Schools in some districts including Bhopal and Vidisha remained closed for the second day on Tuesday, officials said.

CM Chouhan reviewed the rain situation late Monday night and he is scheduled to conduct an aerial survey of Vidisha district on Tuesday, the Chief Minister's Office said.

Amid the heavy rains on Monday night, Chouhan inspected the work of power supply restoration around midnight in the Civil Lines area of Bhopal.

The CM also reviewed the rain situation with ministers and senior officials at the Raja Bhoj Airport here after Union Home Minister Amit Shah left for Delhi around 11.30 pm on Monday.

Shah was in the city on Monday and participated in various programmes.

After midnight, Chouhan held a meeting with senior officials at the state secretariat and spoke to the district collectors of various flood hit districts including Narmadapuram, Vidisha and Guna.

The officials informed in the meeting that in the last 24 hours, the State Disaster Emergency Response Force and the National Disaster Response Force together rescued 190 people in Vidisha, 103 in Rajgarh, 94 in Ashoknagar, seven in Raisen, five in Jabalpur, three each in Mandla and Guna and two in Sidhi.

The depression lying over central parts of MP near Bhopal and Sagar has moved towards Rajasthan and weakened.

Light showers are likely in remaining parts of the state for the next three days, he said.

In the 24-hour period ending at 8.30 am on Tuesday, Jeerapur in Guna district received the highest 294 mm rainfall, followed by Aalot in Ratlam district -283 mm, Nalkheda in Agar Malwa-253 mm and Sehore -240 mm, an IMD official said.

Bhopal, Vidisha, Rajgarh, Guna, Dewas, Betul and Chhindwara have received excessive rainfall so far, according to the IMD office here. 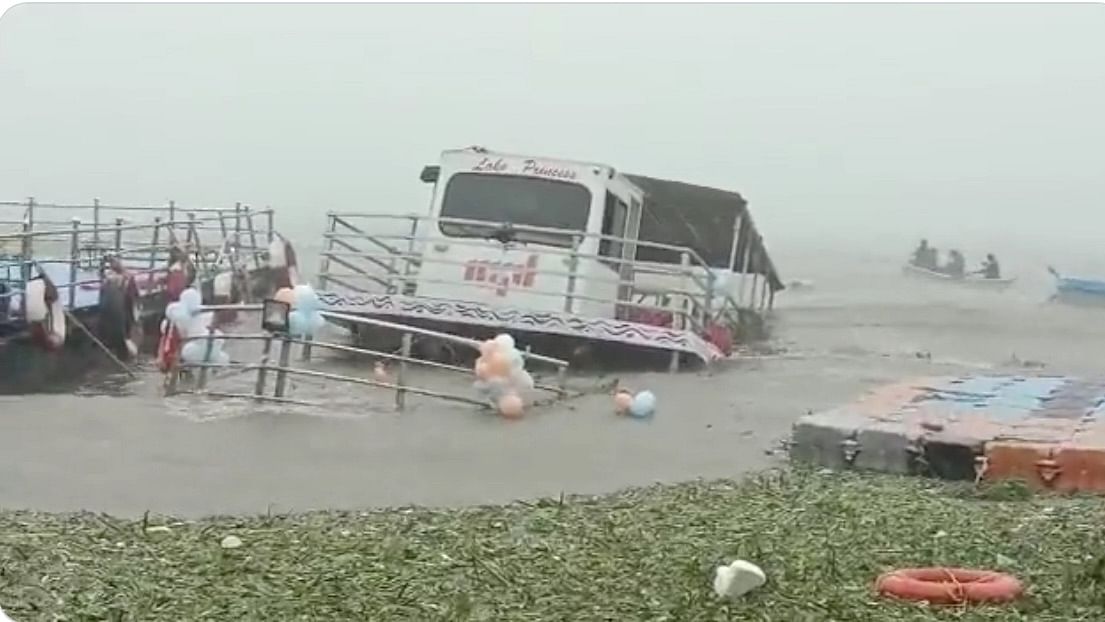