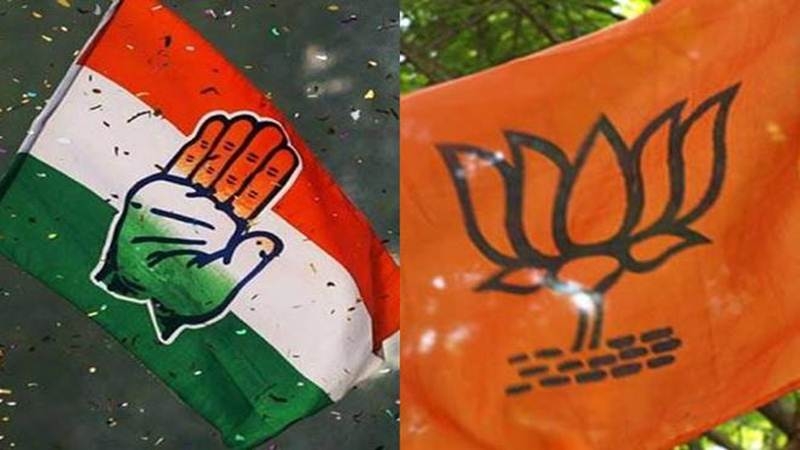 BJP faces challenge from within

bhopal: bhopal district had 4 assembly seats till 2003 elections, which increased to seven after delimitation exercise. Even before delimitation, the bjp had a major share in the district with three seats while only one, bhopal north, was with the congress. During delimitation exercise, three more seats were carved out of the existing four assembly seats. Bjp’s influence remained same rather increased as six out of seven went to bjp while congress won one seat.

At present, the bjp is facing challenge to retain its stronghold in the bhopal district due to anti incumbency. The bigger challenge comes from within as most of the mlas have been elected for more than one term causing unrest among fresh contenders. Octogenarian bjp leader babulal gaur has been representing govindpura constituency continuously for the past ten times. Uma shankar gupta too has made his constituency his stronghold and he represented bhopal south before delimitation and was reelected again in 2008 after the delimitation exercise from bhopal south west.

After delimitation,vishwas sarang of the bjp caught hold of narela seat and won from there in both assembly elections. Bhopal madhya too remained with the saffron party, where dhruv narayan singh won in 2008 but was denied ticket in 2013, owing to his involvement in a murder case. Surendra nath singh was given ticket and he won- indicating that the seat is a bjp stronghold. Newly carved constituency huzur was first represented by bjp’s jitendra daga (in 2008) but he was denied ticket in 2013 as his name cropped up in several controversies.

Rameshwar sharma’s win in 2013 elections proved that huzur constituency too is turning into a bjp’s bastion. Even, berasia seat is being represented by the bjp consecutively for two terms– first by brahmanand ratnakar and then by vishnu khatri. Several bjp groups have opposed to gaur’s candidature from govindpura citing his age. Similarly, rameshwar sharma is also being opposed in huzur constituency. Local bjp corporator had opposed and had a scuffle with sharma publically. Moreover, bhopal madhya- another safe seat of the bjp is under fire from fresh contenders.

New faces from the party are opposing surendra nath singh for the seat again. Narela seat held by bjp’s vishwas sarang has become hot seat of discussion due to fake voters list. Besides, there is a strong under current running against sarang, owing to increase in crime in the constituency. Government apathy to employees may cost dear to south west mla uma shankar gupta- who has been representing the constituency for three times.