Search on for remaining absconding accused

Bada Malahara/Morena (Madhya Pradesh): Armed miscreants attacked poll duty officers at a polling booth in Madanvar village and snatched away two ballot boxes and burnt ballot papers in the forest area. Following the incident, Bada Malhara police have registered a case against all the persons involved in the crime and arrested eight accused. The search for the remaining others is on.

According to information, presiding officer Peshwaneedin Sharma who was on poll duty at polling booth number 114 in village Madanwar, said that on Friday night he along with other poll duty officers Pratyush Tripathi, Matadeen Ahirwar, Hardayal Ahirwar, Ramkumar Khare were counting votes in presence of three constables.

They were carrying sticks and while hurling abuses they forcefully entered the polling booth and beat up the polling party with sticks. They took away 2 ballot boxes while ballot papers were set on fire in the forest. As soon as the information was received, SDM Vikas Kumar Anand, Returning Officer and Tehsildar Kamlesh Kumar Kushwaha, SDOP RR Sahu, station incharge reached with heavy police force and made a Panchnama of the burnt ballot papers.

The police have registered a case under relevant sections of IPC and arrested eight accused while raids are being conducted at their places to arrest the other accused. 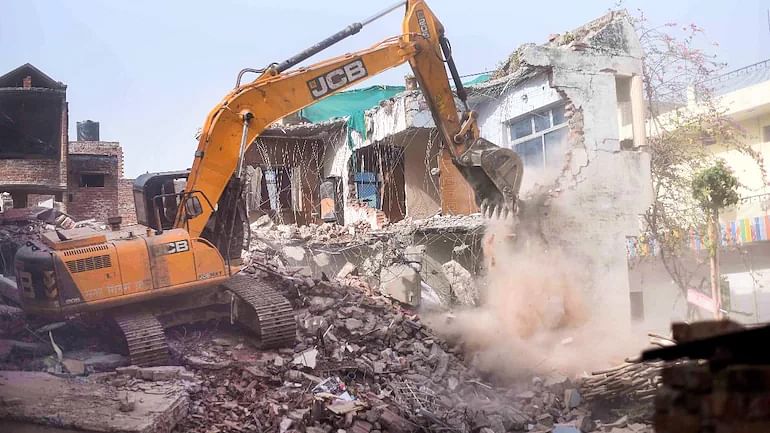