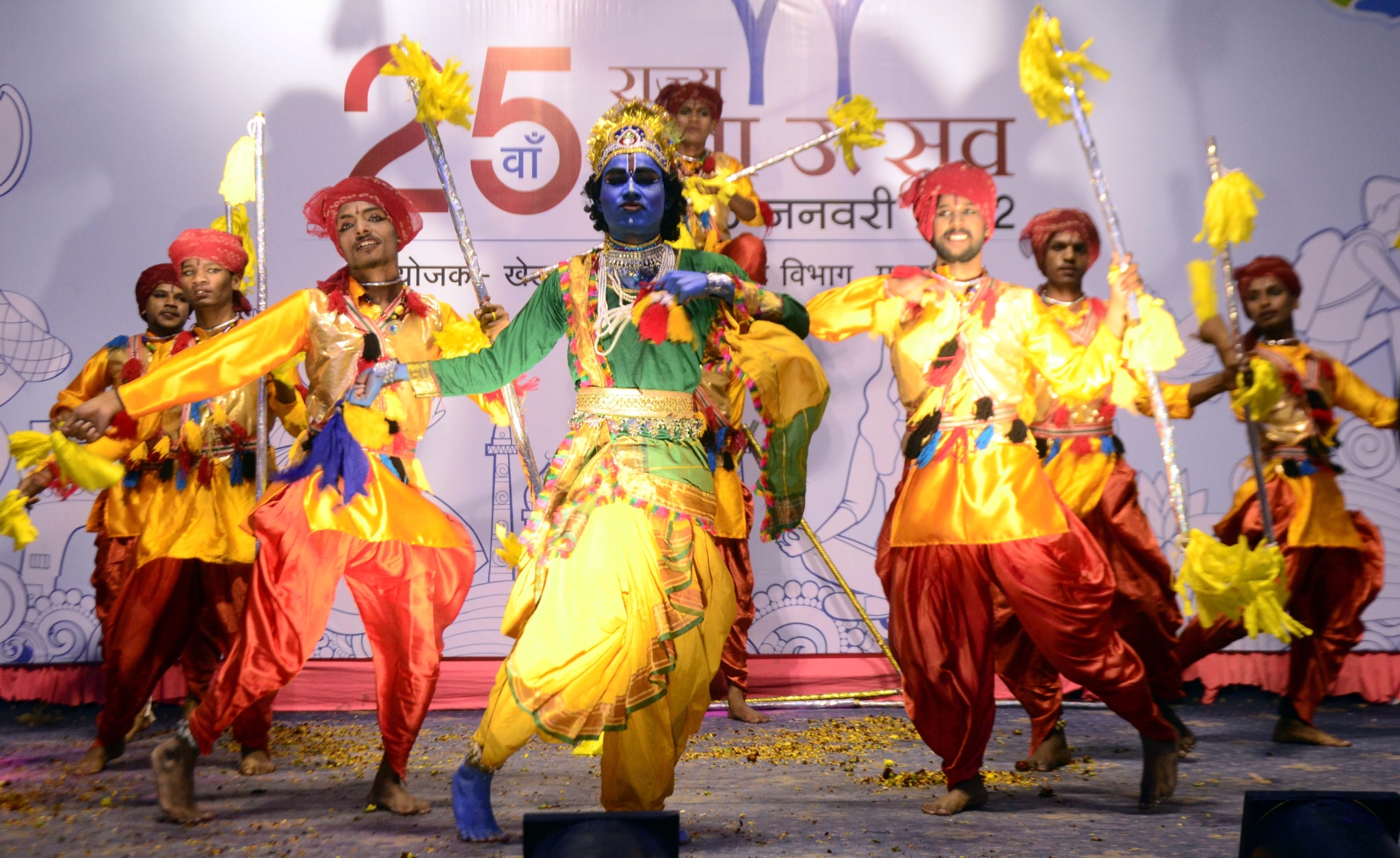 Bhopal: Sagar and Jabalpur divisions bagged the first positions in the group folk dance and song contests in Yuva Utsav -2022.

It was part of the final round of state 25th youth festival, organised by the Sports and Youth Welfare Department at Manas Bhawan on Thursday.

Shri Krishna Lok Sanskritik Vikas Sanstha from Sagar presented Baredi, a Bundelkhandi folk dance, choreographed by Kapil Yadav and Manish Yadav. They showcased the five leelas of Lord Krishna like Kaliyamardan, makhan chori, Vishnu, Virat Roop,’ beautifully. “We have been preparing for the last one month. So, Jeetna to tha hi…,’ said artistes of the group with great zeal.

The selected participants will represent Madhya Pradesh in the National Youth Festival to be organised in Puducherry from January 12 to 16. Keeping in view the Covid-19 pandemic, only group folk song and folk dance contests were organised this year.