SDM Pandey said that the confiscated paddy along with the trucks has been handed over to the Sihora police station.
FP News Service 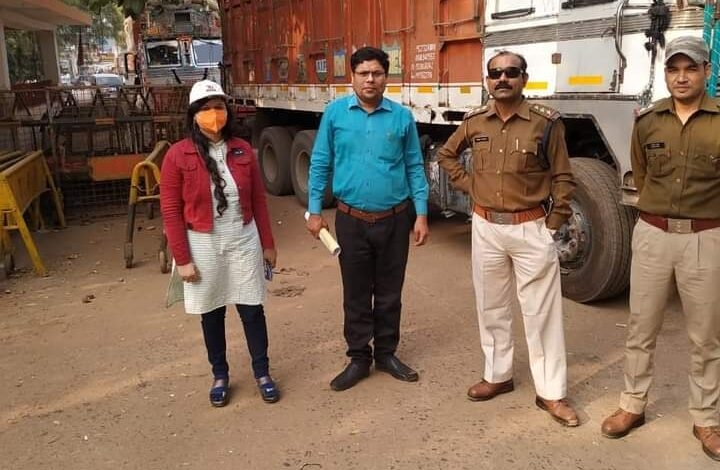 Jabalpur (Madhya Pradesh): Revenue officials have confiscated two paddy loaded trucks being brought from Uttar Pradesh after they were found suspicious in Sihora tehsil of Jabalpur.

According to SDM Sihora Ashish Pandey, in the first incident, 247 quintals of paddy were loaded in truck number MH 34 AB 4674 arriving from Prayagraj, Uttar Pradesh. Naib Tehsildar Ruby Khan had seized the truck near Shalimar Dhaba, Dhangawan village. The driver of the truck told the police during interrogation that the paddy has been sent from Krishna Traders Prayagraj to M/s Divya Trading Company, Nohta district, Damoh.

SDM Sihora said that under the leadership of Naib Tehsildar Ruby Khan, the staff of Revenue Department has confiscated another truck loaded about 307 quintals of paddy in 500 sacks in truck number UP 53 GT 0141 near Fashion Petrol Pump on National Highway in Mohsam village.

During interrogation it came to light that the paddy was being brought from M/s Yash Traders Azamgarh to M/s Girish Chand Devendra Kumar Jain Sihora.

SDM Pandey said that the confiscated paddy along with the trucks has been handed over to the Sihora police station. The action has been taken according to the instructions of Collector Karmaveer Sharma to prevent the possibility of trying to take undue advantage of the procurement system, SDM Pandey said.