Madhya Pradesh: Rape cases rise by over 30% in 6 months, heinous act committed even during lockdown 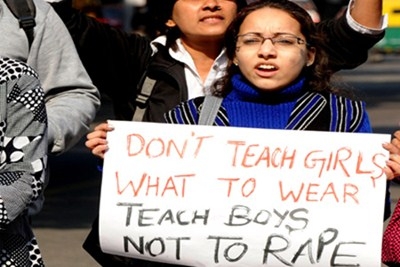 Bhopal: In last six months, the rise in rape cases has increased by more than 30 per cent in the state. The cases were reported during corona curfew too. The state corona curfew was imposed in the state from April 10, 2021 and the first relaxation was given from June 1.

As per state crime record bureau, rape cases were reported January to June 2021. In current year, the number of rape cases increased to 2,707, which was almost 33 per cent more in comparison to last year. The ADG (crime against women) Pragya Richa Shrivastava shared reasons with Free Press about the causes of rape in society.

“Most rape cases are registered when a missing girl returns with her beloved. In hundreds of cases, the girl who is just short to legal age of marriage, elopes with a man or the boy. The girl narrates about what happens during elopement. As per legal provisions, such cases are registered as rapes,” she added.

She claimed that there are very few cases of “forced rapes” in which the victim is assaulted and raped. “In many cases, relations are made on the mutual consent. But on some issue, the girl or the woman reaches police station and files rape case against her ex-friend. Government is very serious and paying full attention in controlling crime against women,” she added.

The number of rape cases almost doubled in 2020 in comparison to 2019. In 2019, 2485 rape cases were reported in the state according to National Crime Bureau. The number had increased to 4553 in 2020, according to state crime record bureau.