On December 1, college principal Dr Inamur Rahman had sent six teachers including four Muslims on forced leave for five days after ABVP had accused them of being anti-establishment and promoting religious fundamentalism

The controversial book, Collective Violence and Criminal Justice System |
Follow us on

Besides, Dr Farhat Khan, whose controversial book titled 'Collective Violence and Criminal Justice System' containing objectionable content against Hindu community and other Hindu outfits, was arrested from Pune in Maharashtra while she was undergoing dialysis in a hospital.

Home minister Narottam Mishra confirmed the development saying she would be also booked for another controversial book also found in the Government New Law College if its content is also found objectionable.

On December 1, college principal Dr Inamur Rahman had sent six teachers including four Muslims on forced leave for five days after ABVP had accused them of being anti-establishment and promoting religious fundamentalism.

Two of these teachers hail from Kashmir, the ABVP activists had claimed.

The following day ABVP activists had taken out from college library a book containing objectionable content against Hindu community and RSS, VHP and another Hindu outfit. The book was penned by Dr Farhat Khan.

On December 3, Rahman tendered his resignation as college principal even Bhawarkuwa police registered an FIR against him, a faculty member Mirza Moziz Beg, book author Khan and Amar Law Publication for promoting enmity between different groups and hurting religious feelings.

On Sunday, the DHE constituted the seven-member committee to investigate into “incidents of indiscipline taking place at the college” giving it three days.

The ABVP activities on Monday brought out from the college library another controversial book containing content against Hindu community. This book was also penned by the same author who is absconding.

The inquiry committee found allegations against some teachers true and recommended action against them on which DHE took action.

Meanwhile, Indore police had traced Khan to Pune, and she was served a notice under relevant provisions of the Code of Criminal Procedure (CrPC). They arrested her when she was undergoing dialysis.

Read Also
Who is Farhat Khan? Know all about controversial book author arrested from Pune 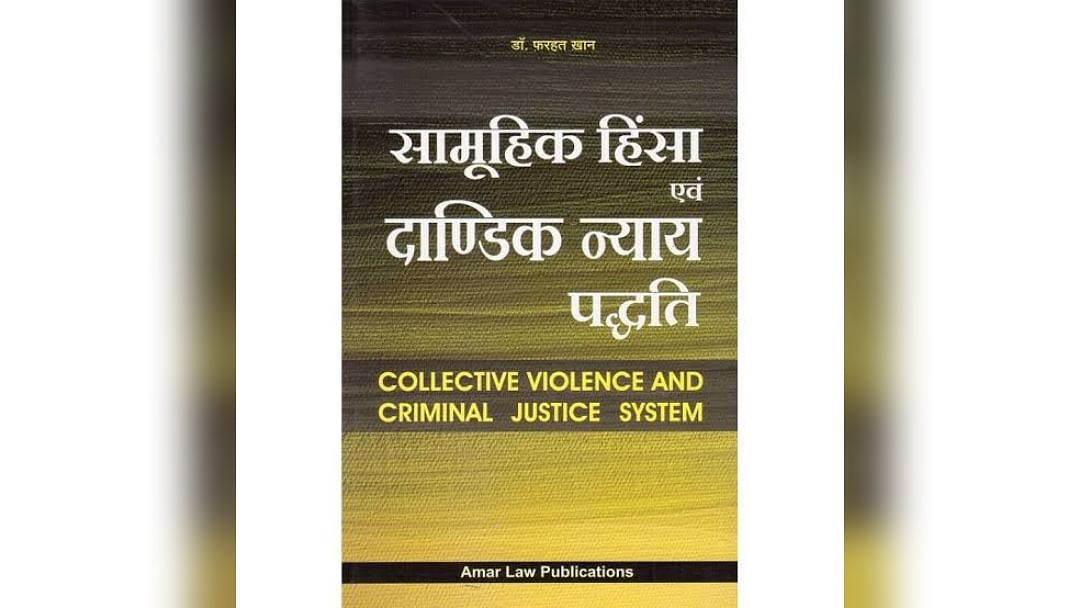