Bhopal (Madhya Pradesh): Many politicians’ prestige is at stake in the areas, which saw polling on Wednesday in the first phase of civic body polls. Interestingly, the voters in the state capital Bhopal appeared to be not much enthusiastic when compared to the voters in many other parts of the state.

At least 15 of the 22 MLAs came from Gwalior-Chambal region and all of them are loyalists of Jyotiraditya Scindia. The poll results will be reflection on the public mood about the leaders too. However, in bypolls held almost two years back, most MLAs won from the region.

Bundelkhand, Vindhya, Mahakoshal and central regions of the state also witnessed good turnout of voters except in cities like Bhopal, Singrauli and Khandwa, which saw comparatively low turnout of voters till the evening, when the figures were collected last by the state election commission. 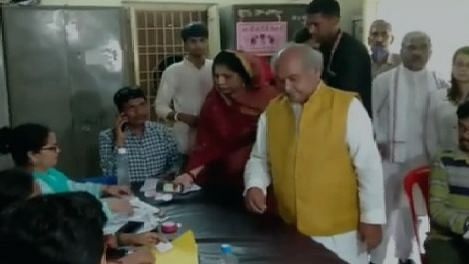