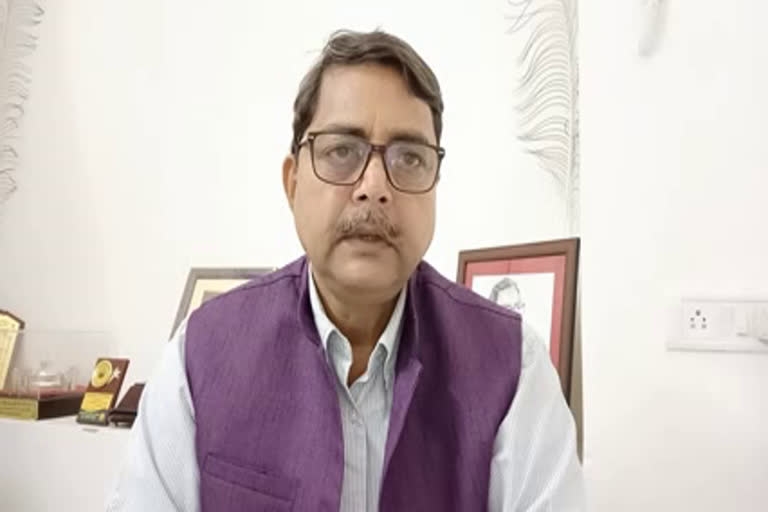 Bhopal (Madhya Pradesh): Attacking Shivraj led BJP government, Congress spokesperson Bhupendra Gupta has questioned the claims made by the government of being a power surplus state.

“MP government was claiming to be a power surplus state till now, is now forced to cut electricity supply to bridge the demand-supply gap,” said vice president of Congress media department, Bhupendra Gupta.

State government is deliberately doing it to benefit private companies. Why is the government surrendering low cost electricity and buying it at higher rates instead, said Gupta. He released a screenshot of power department website showing unscheduled load shedding to the tune of 1363 MW.

Nine out of total 16 power plants are shut to profit the private players, Gupta added.

“Despite these facts energy minister and officials claim that there is no unscheduled power cuts in state,” added Gupta.

Earlier, former CM Kamal Nath had also targeted the government and said that people across the state specially farmers are the main victim of frequent power cuts. Moreover, complaints about inflated bills are rising every day, Nath had said.

Speaker Girish Gautam, on his visit to Jabalpur, on Tuesday gave statement that power crisis is nothing but Opposition’s conspiracy. “Opposition is trying to blow the issue out of proportion. There could be some technical issues effecting supply but that does not mean that there is power crisis in state,” said Speaker while talking to media persons in Jabalpur.

Issue of power cuts hovered the cabinet meeting as well. Chief Minister Shivraj Singh Chouhan discussed the issue of unscheduled power cuts during cabinet meeting on Tuesday. He reviewed the power production and load shedding with the energy minister. CM took feedback from the ministers also about unannounced power cuts in their region.