BHOPAL: Madhya Pradesh Human Rights Commission has issued a warrant against the exam controller of MP Medical Science University, Jabalpur for her failure to comply with the notices of the Commission, said an MPHRC official.

The exam controller Vrinda Saxena, has been asked to appear before the commission in person on November 25. Jabalpur SP was asked to execute the Rs 5000 warrant to secure personal attendance of Saxena on November 25.

The commission had issued summons to the exam controller in connection with the complaint of Neha Rathore, assistant professor in Rajiv Gandhi Ayurvedic Medical College Bhopal. Rathore had filed a complaint to the Commission on November 1, 2019.

Rathore in her complaint had alleged that when she was working in the college, the principal had changed the original numbers of practical exams and put fake signatures on the marksheet.

The assistant professor had also filed a complaint with Shahpur police station tempering with the marks. As station in-charge did not take any of the action into the matter, Rathore approached the Commission.

Since then the Commission has served five notices on the exam controller and have also sent two personal reminders summoning her, however, neither she appeared before the Commission nor replied to the summons.

The Commission has now issued notice and Rs 5000 arrest warrant against the exam controller asking her to appear before it on November 25. Non- compliance to the notice may lead to her arrest. 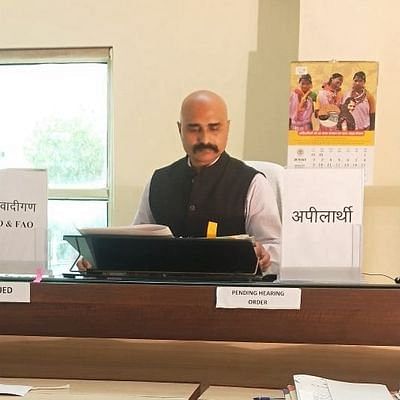