In a conversation with the Free Press editorial team in Bhopal, Wali touched on many aspects of policing.
Staff Reporter 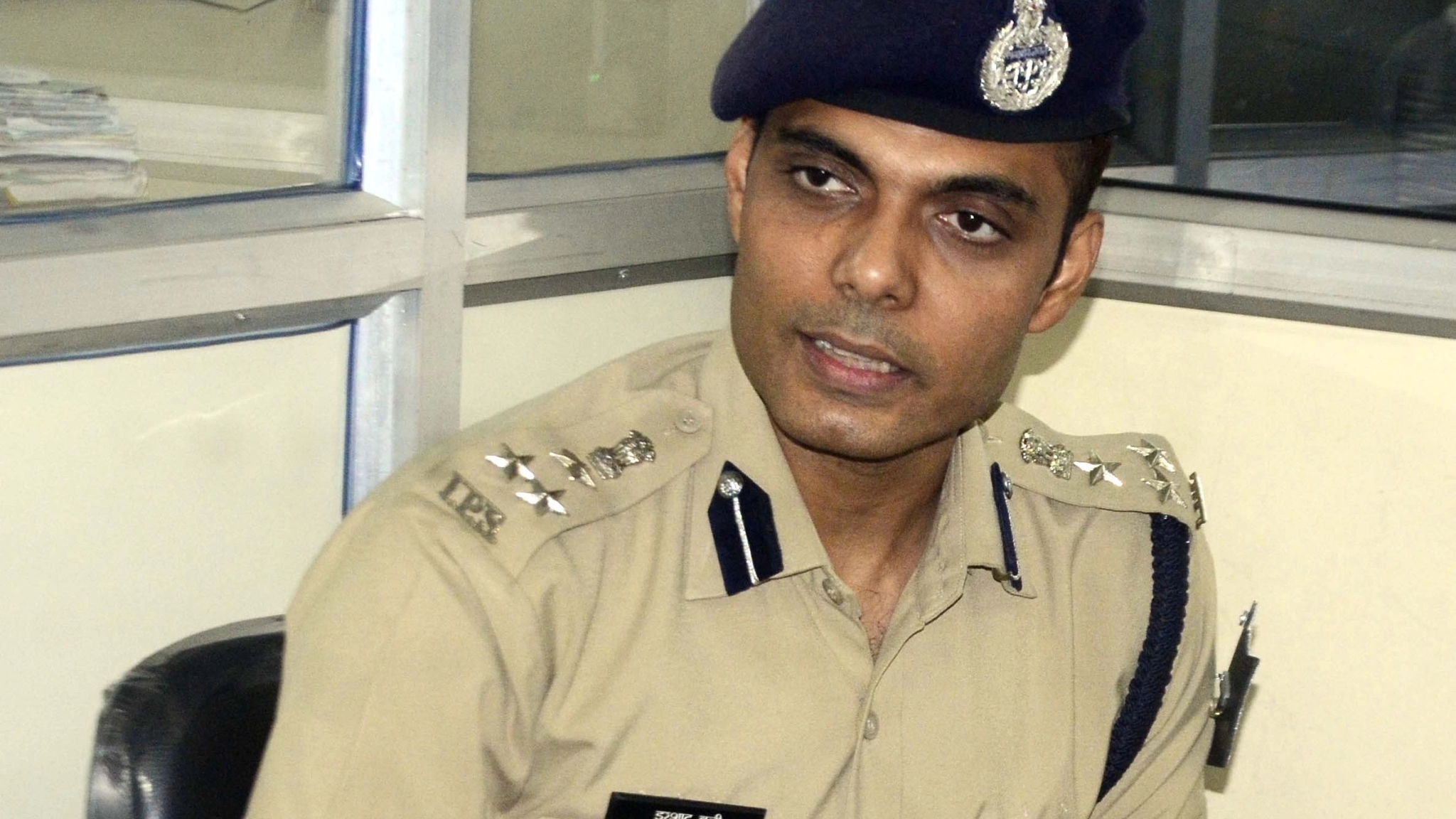 Bhopal (Madhya Pradesh): Deputy inspector general (DIG) of police, Bhopal, Irshad Wali was often seen dealing with protesters in Bhopal with a mike in his hand and sitting atop a car while persuading them to disperse. Wali is of view that if police personnel treat protesters with batons, it signifies that either they don't know the protesters or they don't empathise with them. In a conversation with the Free Press editorial team in Bhopal, Wali touched many aspects of policing. Excerpts:

I really admire Bhopal police. Not a single policeman asked for leave during Covid pandemic. There were policemen with medical conditions but they too all stayed on duty during covid period.

Covid lockdown period was tough and challenging. I empathise with policemen on duty, who remained on streets amidst extremely high temperatures to ensure implementation of lockdown.

One should realise that the people who are protesting have certain grievances. They protest with a hope that their grievances would be addressed. In such a condition, if they are forcefully asked to evict the premises or cane charged for dispersal or even dealt with harshly- is not the right step to deal with them. One should have empathy with them so that the situation could be diffused peacefully and amicably.

Though government has its own scheme and has CCTNS surveillance system through cameras placed at important points in the city, we continue to make appeal to people to install cameras in their houses to curb crime. Camera footages have helped solved many crimes.

No knowledge ever goes to waste. I did my intermediate with a combination of Physics, Chemistry and Biology, but never gave any competitive exam to pursue higher studies in medicine. I pursued MBA with economic honours from Aligarh Muslim University and went on to do masters in business management. But none of these subjects were my optional while I was preparing for civil services. I opted for Geography for the same and cleared Bihar Public Service Commission too, which I didnít join. So basically, all the subjects that I have studied broaden the horizon for me.

Sitting on top of vehicle to address an agitated crowd

Back in 1930s, officials used to sit on a horseback while addressing people. This is a dominant position, which gives a better view to one who talks to people. We cannot bring horses here, so I use what I have.

Serving in a capital city

Every place poses a different challenge. I was posted in Bastar in 2005, which was a different kind of challenge dealing with naxalism. Working in a capital city is different as it is the centre of all state activities. There is a lot of unpredictability in Bhopal.

We had to make sure that streets were empty during the lockdown. But there are people who do not have a home to go to. Even if they do, all the members of the family couldnít be accommodated. These were emotional moments for us.

In April 2019, a helper of a jewellery shop owner was shot at four times. The assailants shot him only because he was adamant on holding on to the tiffin box he was carrying for his employer. When we asked him why he did not let go of it, he said had he done that, he would have lost his face in his employerís eye whereas the accused said they were agitated as the helper was not complying and they had to take away the box, which they thought had more jewellery. We had no clue about the accused but we had a divine intervention to help us solve the case.

The rumours spreading around the city was the biggest challenge to tackle among others. There were rumour mongers who circulated video clips blaming another section of people for Covid. However, I have a special place in my heart for people at the crematoria and graveyards who worked day and night. They performed the last rites of the dead who did not even have family. They did not fear for their own lives. Such bravehearts!

Measures being taken to curb crime

We have started a method of criminal tracking to curb crimes. When a criminal is released from the jail we track them and keep a check on them without them knowing. Our cyber cell is doing wonderfully well. Things are changing now. Message is all across in Bihar, Jharkhand, UP and other nearby areas that MP police will pick up the accused from everywhere.

Dialogue is the solution. Talk to your staff, know them and build a confidence and trust.

Family time is like a sweet dish. You always have space for it. I ensure that I do not scold my children. I believe if I cannot do something positive, I should not bring in negativity.

I chased dacoit Balkhade in Satna and had several encounter with Naxalites during my first posting in Bastar. Real life events are not like movies.

I admired late Sanjeev Kumar Singh, who has served as SP Bhopal for four years. He was a tough officer but was a very large hearted person ñ very rational and unbiased. Then, there was late SM Afzal, who was very righteous and courageous and simultaneously a jovial human being.

Cyber cell should be made strong and public should get easy access to the police. We are working in this direction.