Gujarat government has submitted an application to Narmada Control Authority (NCA) to get the permission as a special case.
Staff Reporter 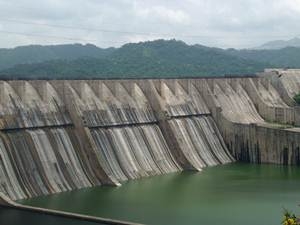 Gujarat government has submitted an application to Narmada Control Authority (NCA) to get the permission as a special case. If the permission is granted, this will be disastrous for Madhya Pradesh and also pose a threat to existence of Narmada river.

Talking to newspersons here on Monday, Patkar said, “Gujarat government has requested NCA for both the issue. The NCA has convened a meeting on Tuesday. If Madhya Pradesh government remains mute spectator, river water level will go down further.

“Narmada is already dying in the state due to illegal mining and low rainfall. Many cities like Bhopal and Indore are not getting adequate water from Narmada river and after it, situation will be worse. MP Government is expected to oppose it,” she added.

Review Committee for Narmada Control Authority (RCNCA), in its meeting on August 18,2001, decided that Gujarat government should pay compensation. Secondly, reservoirs water level should not deplete below MDDL of EL 110.64 metre. NCA should evolve a mechanism to control and ensure that reservoir water is not drawn through the IBPT below MDDL.

The NCA in its 90th meeting on February 9, 2018, requested Gujarat government to counter drought like situation by utilising water through IBPT by drawing water below MDDL(110.64m). Government of MP and Government of Maharashtra expressed no objection on utilisation of their unutilised share available at SSP by GoG.