The minister for state in Madhya Pradesh cabinet OPS Bhadauriya visited Sada village to attend a Bhagwat Katha, where he was gheraoed by a group of farmers on Tuesday.
FP News Service 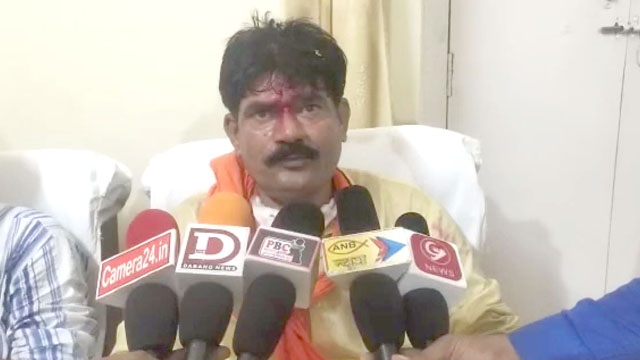 Gwalior (Madhya Pradesh): A minister of state in Madhya Pradesh cabinet, OPS Bhadauriya dressed down a farmer at a village in Bhind district on Tuesday evening, when the latter raised fertiliser shortage issue.

A video showing the minister scolding the farmer has gone viral on social media.

According to reports, Bhadauriya visited Sada village of home constituency-Mehgaon- to participate in a Bhagwat Katha. When the minister was to leave the programme, a group of farmers’ gheroed him and raised the issue of shortage of fertiliser.

While the minister was talking to the district collector over phone, a farmer complained that fertiliser was illegally being transported to other districts.

This irked the minister so much that he pulled down the farmer. “Who are you? Who do you know? Are you President of India?” the irked minister questioned the farmer and left the venue.