The boy was seen dangling in the well with the man holding his one hand and threatening to drop him into the water.

Chhatarpur (Madhya Pradesh): A man in Madhya Pradesh held an eight-year-old boy in a well in his one hand and threatened to drop him down on the suspicion that he stole a mobile phone, police said on Tuesday.

A video of the incident, which took place in Atkoha village of Chhatarpur district on Sunday, surfaced on social media following which a case was registered against the man, they said, adding that the accused was not yet arrested.

In the clip, the boy was seen dangling in the well with the man holding his one hand and threatening to drop him into the water.

A 14-year-old boy who shot the video and informed the victim's parents about the incident alleged that he was beaten up by a cop who accused him of complicating the matter.

The boy claimed the cop told him that the matter could have been resolved if the video was not shot.

He said the accused hung the eight-year-old boy in the well on the suspicion of mobile phone theft.

A case has been registered against the accused person under Indian Penal Code (IPC) section 308 (culpable homicide not amounting to murder) and provisions of the Scheduled Caste and Scheduled Tribe (Prevention of Atrocities) Act, the official said.

As per the FIR, when the victim's mother returned home on Sunday, she found him missing, and later the boy, who shot the video, informed her about the incident. 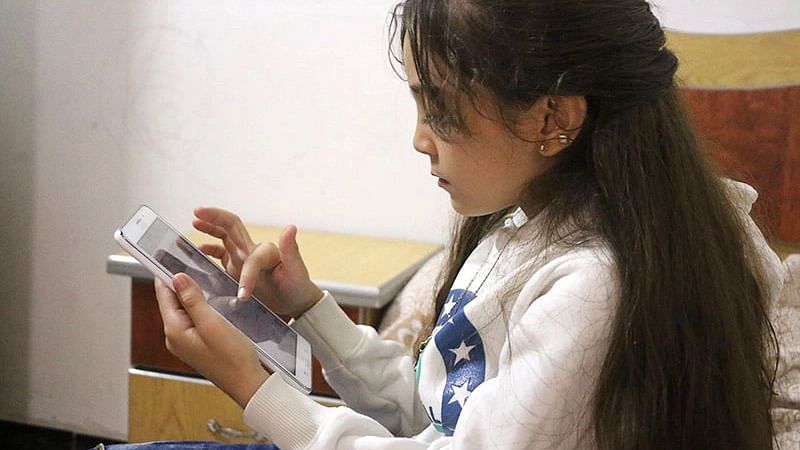