BBC said Rachel, who didn't want to remain anonymous, said she had found the strength to speak up now, several years later, only after similar allegations came to light in a Facebook post shared by a group called 'Dhrupad Family Europe' in September 2020.

New Delhi/ Bhopal: Dhrupad maestros, Gundecha brothers have been accused of sexual harassment and assault by female students of their school, Dhrupad Sansthan in Madhya Pradesh, as per a BBC investigation.

BBC said Monica's name has been changed to protect her identity because she fears reprisal. But she is keen to share her story. She alleges that she was raped by the late Ramakant Gundecha, a famous classical Indian musician, while she was a student at his school, Dhrupad Sansthan, in the central Indian state of Madhya Pradesh.

Gundecha died in November 2019 but he and his brothers, Umakant and Akhilesh, have since been accused of sexual harassment and assault by female students of the music school.

Over the course of a three-month investigation, the BBC has heard multiple allegations against all three Gundecha brothers. Umakant and Akhilesh deny the allegations, the report said.

Ramakant was and Umakant still is a famous exponent of Dhrupad, one of the oldest genres of Hindustani music, while Akhilesh is a percussionist. In 2012, Ramakant and Umakant received the Padma Shri, India's fourth-highest civilian award for their contribution to music.

The report said Dhrupad Sansthan, the prestigious school they founded and taught at, has attracted hundreds of students, foreign and Indian, from across the globe. It claims to have accreditation from Unesco's Intangible Cultural Heritage Committee. But the Unesco told the BBC that it had no links to the school and said it will be sending a 'cease and desist' notice demanding the withdrawal of such claims.

BBC said the allegations against the brothers have sent shockwaves through the classical music world, where they enjoy fame and status. The allegations have also shone a spotlight on an ancient tradition, the guru-shishya parampara - an informal contract by which the student is usually expected to completely surrender to the will of the teacher.

Allegations against the three brothers range from sharing flirtatious and sexually suggestive messages to exposing themselves during class to molestation and, in the case of Ramakant, even rape, the report said.

As per the report, Monica said she was in her first week at the school when she began receiving inappropriate WhatsApp messages from Ramakant. She alleged that one evening he drove her to a dark car park and molested her in the backseat of his car.

"He started kissing me. I pushed him away but he kept trying," she said. "He touched my body and tried to unclothe me. At that time, I realised I was not moving. I was like a stone. At one point he realised that I was not responding. So he asked me, should I drop you back at the school? But I couldn't even reply."

The report mentioned that Monica said she wanted to erase the memory of the incident. She didn't leave the school immediately because she loved the music and was keen to pursue it further. She had left her job and invested all her money to study at the school.

But then three months later, she alleged, Ramakant raped her. "[He] entered the room, pulled my pants off and forcefully had sex with me. And when he had finished he just left. I went to the door and bolted it. And for three days, I didn't eat," she said.

The report said Sarah, another student at the school, whose name has also been changed, told the BBC that she was molested by Akhilesh Gundecha.

"I got sick when I was there and was hospitalised," she said. "Akhilesh came to take me back to the school. He sat next to me in the car and started touching my hands. I pulled them away. It felt very strange."

In total, five women told the BBC they had witnessed abuse and harassment on the Dhrupad Sansthan campus. Some said that when they rebuffed sexual advances from Ramakant Gundecha, he lost interest in teaching them. They also alleged that if a student complained, she was often publicly humiliated in class.

BBC said Rachel, who didn't want to remain anonymous, said she had found the strength to speak up now, several years later, only after similar allegations came to light in a Facebook post shared by a group called 'Dhrupad Family Europe' in September 2020.

As per the report, through their lawyers, both Akhilesh and Umakant Gundecha denied all of these allegations, stating that "vested interests" from outside the student community were trying to "further their agenda of causing damage to the art and reputation of the Gundecha Brothers and Dhrupad Sansthan".

But the charges are also being investigated by an internal complaints committee over the last four months.

BBC said students say the committee at Dhrupad Sansthan was formed only after they put pressure on the school. Former students, who are part of a support group for the survivors, have also alleged that they have received threats on multiple occasions for speaking out in support. Survivors are bound by law not to disclose the results of the investigation. 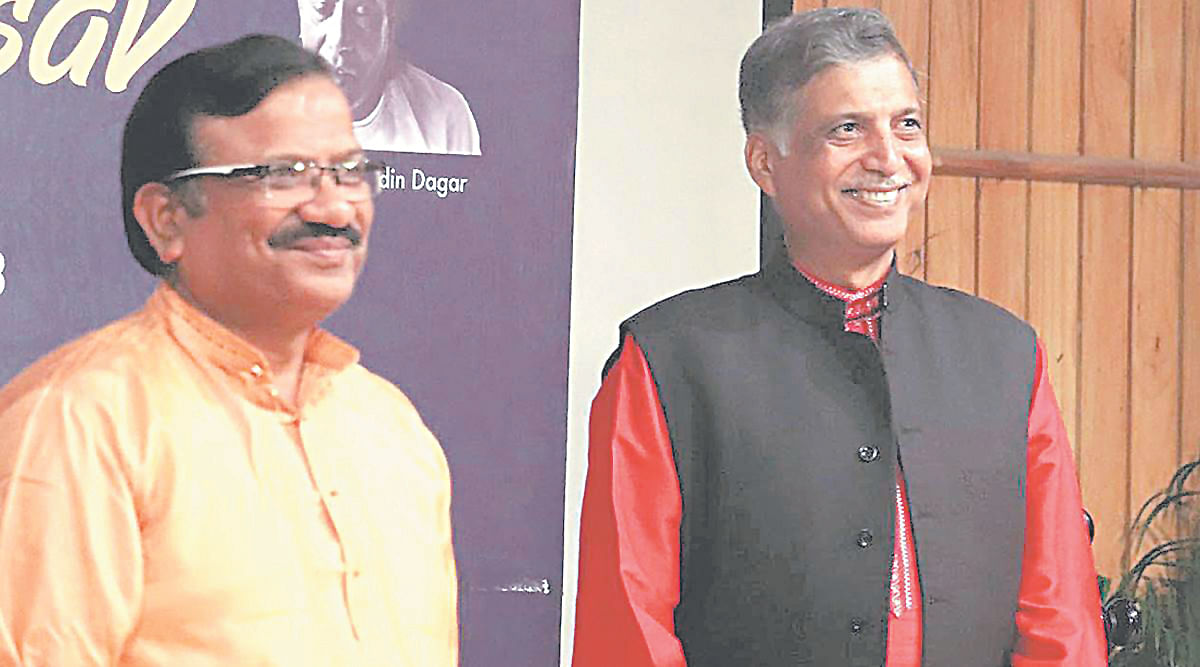