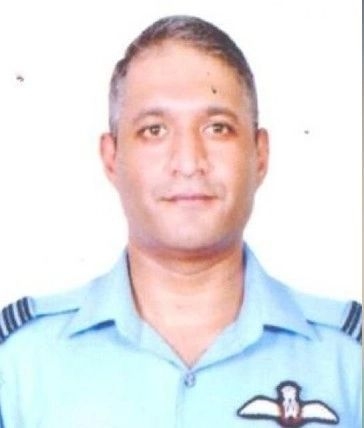 Bhopal (Madhya Pradesh): IAF Group Captain Varun Singh, who died at a military hospital in Bengaluru after surviving a chopper crash last week, had wished to visit Indore this month-end to celebrate his Shaurya Chakra honour, but it will now remain unfulfilled, an acquaintance said on Thursday.

Meanwhile, Madhya Pradesh Chief Minister Shivraj Singh Chouhan on Thursday said the state government will give a 'Samman Nidhi' of Rs one crore to the kin of the officer.

Group Captain Singh was conferred with the Shaurya Chakra, India's third highest peacetime gallantry award, in August this year for averting a possible mid-air accident after his Tejas light combat aircraft was hit by a major technical problem last year.

The decorated air warrior died in Bengaluru on Wednesday, a week after he was seriously injured in the chopper crash near Coonoor in Tamil Nadu, that killed Chief of Defence Staff General Bipin Rawat, his wife and 11 other armed forces personnel.

Group Captain Varun Singh used to visit his wife Geetanjali's parental home in Indore every year. This time, he was scheduled to visit Indore around December-end to throw a party to celebrate the Shaurya Chakra honour, Daljit Singh Gurudatta (70), a neighbour of his father, told PTI.

"But, as fate would have it, he was on board the ill-fated chopper (that crashed last week) as the liaison officer for the visit of Gen Rawat to the Defence Services Staff College in Wellington," he said.

Group Captain Varun Singh got married to Geetanjali in Indore on January 20, 2008, after meeting her while she was studying in a Pune college. The couple have a son and a daughter, Gurudatta said.

The officer used to visit his parents in Bhopal and he last came here on Diwali. "He loved Bhopal," Gurudatta said.

"I had all hopes that Varun would come out triumphant. We had planned to give him a rousing welcome. I don't have words to describe the pain and loss his death has caused," he said.

The IAF officer loved children and enjoyed their company, said some residents of Bhopal's Sun City, where his parents live.

"Varun was a very friendly and cheerful person. He had the zeal to do best in life and had a tremendous fighting spirit," his father's neighbour Lieutenant Colonel Ishan R (retired) said.

The mortal remains of the officer are expected to reach Bhopal from Bengaluru later in the day.

Talking to reporters here, CM Chouhan said, "The state government will give Rs one crore 'Samman Nidhi' to the family of martyred Group Captain Varun Singh and in consultation with them, install his statue here, name an institution after him and also offer a job to his kin in the state government, as per the laid down practice." The body of the Shaurya Chakra awardee will be taken to his father's residence after being brought here from Bengaluru, sources said.

Later, the mortal remains will be kept in a park adjacent to the Inner Court building to enable people to pay their respects to the officer.

The funeral will take place around 1 pm on Friday, the sources said.

"Group Captain Varun Singh was an amazing warrior and he defeated death earlier also, but now he is no more with us. His last rites will be performed with full military and state honours. I have spoken to his father also, who is also very brave. The family now belongs to the nation and the state," Chouhan said.

After getting the news of his death, friends and well-wishers reached his father's residence here.