The suspended persons include four officials who had served as chief executive officer (CEOs), a bank manager and other staffers.
Staff Reporter 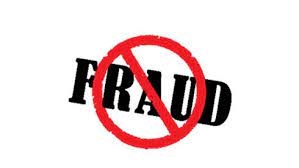 The suspended persons include four officials who earlier served as chief executive officer (CEOs), a bank manager and other staffers.

Minister informed the media that he had got a complaint in which it was stated that in Cooperative bank Shivpuri officials and others had siphoned off the government money.

A 13 member committee was formed to investigate the case and it was instructed to submit the report in one month's time.

The committee submitted the report recently and on the basis of the report the then four chief executive officers including AS Kushwaha, DK Sagar, YK Singh Lata Krishnan have been placed under suspension. The other officers who have been suspended include the former bank managers, accountants and clerks.  Their properties were seized and the suspended officials have been attached to various districts till further orders.