They were sent to the training center with the recommendation letter of Major Ajay Kapoor of Varanasi Cantonment area, but there was not any officer of this name posted there.
FP News Service 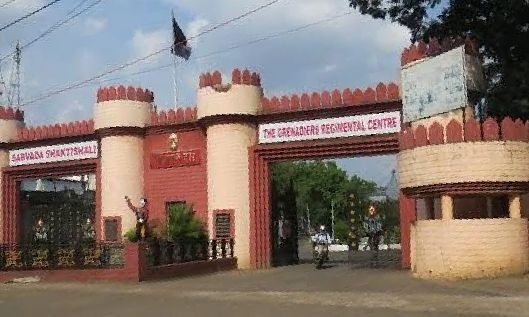 Jabalpur (Madhya Pradesh): The Army personnel have arrested nine fraudsters who had come for training at the Grenadiers Regimental Center Jabalpur having fake appointment letters.

They were sent to the training center with the recommendation letter of Major Ajay Kapoor of Varanasi Cantonment area, but there was not any officer of this name posted there.

According to Naik Subedar of Grenadiers Regimental Center Dharamveer Singh, on August 25, nine youths had arrived from Chandauli and Ghazipur of Uttar Pradesh for training. All of them were kept in quarantine for 14 days and their appointment letter were checked. It came forward that the name of Major Ajay was mentioned in all the appointment letters. And also, there were not having any other important documents with them which made the officers suspicious.

After that the officials sent the letter to Army Recruitment Board of Varanasi for confirmation. It was told from there that there was not any officer named Major Ajay posted there.

It also came into light that the recruitment process which has been mentioned has not been completed yet.

GRC got the letter from there on September 13 in which it was said that the documents related to the recruitment training of youths were fabricated.

A similar letter has also been received from Army Headquarters to GRC in which it was mentioned that a racket of fake recruitment by the name Major Ajay is active in UP and Uttarakhand.

In many centers of the army, youths have come for training with similar appointment letters.

After that all the nine accused were taken into custody. Naik Subedar Dharamveer Singh has registered a case against all the nine accused in Gorakhpur police station under various sections including fraud, preparation of fake appointment letters. The army has not yet handed over the accused to the police.

According to Additional Superintendent of Police Gopal Khandel, who has been made the investigation in-charge in the army recruitment fraud, all the nine youths are in the custody of the army. During interrogation, the youths have declared themselves innocent though the evidences are against them. All the accused have admitted of giving money to the fraudster.

Khandel said that this gang is active in Uttar Pradesh and Uttarakhand. The gang cheated lakhs of rupees from many youths and sent them to different training centers.