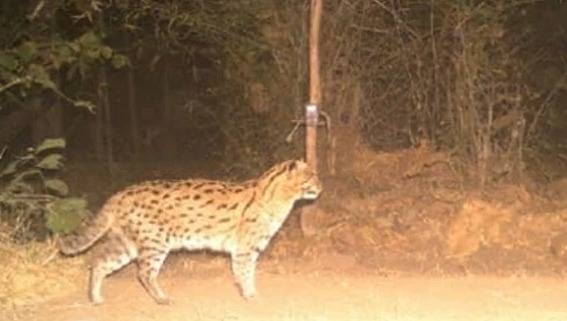 Bhopal (Madhya Pradesh): Fishing cat, one of the endangered animals in India, has been spotted in Panna Tiger Reserve (PTR) in Madhya Pradesh, the state government said on Wednesday.

The fishing cat was captured on a camera installed in the tiger reserve, an official release by the government said.

The evidence of the fishing cat's presence was also witnessed earlier around the Ken River, which covers a 55-km-long stretch within the PTR, but this endangered animal was captured on the camera for the first time recently, it said.

This species of cat, which mostly eats fish as its food, is becoming extinct, it added.

The hunting of fishing cats is prohibited as per Schedule-1 of Indian Wildlife Protection Act 1972, the release said.

The biologists who are interested in research and study on the fishing cat can come and study here, it added.