They would often quarrel with the victim over sharing his property with his six daughters, said the Guna police.
Staff Reporter 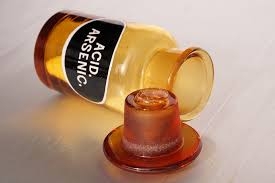 BHOPAL (Madhya Pradesh): A 70-year-old man was allegedly attacked with acid by his son and daughters-in-law, as the elderly man wanted to give property shares to his daughters.

In- charge of the Gunga police station Ramesh Rai said the accused have been booked under relavant sections. Three accused are on the run.

The victim Hamir Singh Ahirwar lives in Ratua Ratanpur village in Gunga police station. He has six daughters who are married and lives with two sons and their wives.

They would often quarrel with the victim over sharing his property with his six daughters.

The incident occurred on Sunday. The victim had a verbal spat with his son Sanju and daughters-in-law Nisha and Puja over sharing property with his daughters, said the police.

Irked son in fury threw toilet cleaning acid on the man. He went for treatment but did not lodge any police complaint. On Thursday when his condition deteriorated he approached the police.