Madhya Pradesh: Efforts will be made to give jobs to women, says Thakur

Thakur dedicated to public a Janpad Bhawan built at a cost of Rs 80 lakh on Sunday.
FP News Service 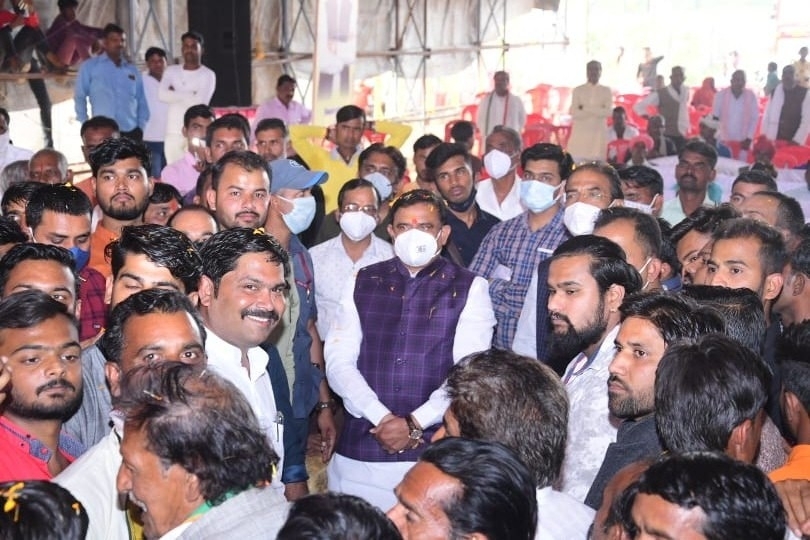 Bhupendra Singh Thakur at a function in Khurai |

Khurai (Madhya Pradesh): Minister for Urban Development Housing Bhupendra Singh Thakur has said that the women should benefit from the employment schemes being run by the government through livelihood mission.

Thakur dedicated to public a Janpad Bhawan built at a cost of Rs 80 lakh on Sunday.

He is making efforts to give benefits of all those schemes to women, Thakur said.

Thakur also celebrated Diwali with the residents of the area at his residence on Sunday.

Women should be given power to keep every family happy, minister said at a function where the Janpad Bhawan was decided to public.

He said that a sum of Rs 9 crore had been sanctioned for the women’s self-help group in the district.

There will be a presentation of the self-help group which is running on profit, and, if needed, women of Khurai would be sent to see the works of well-organised groups, the minister said, adding that buses would be provided for such trip.

The government has decided to hand over the management of ration shops to women, the minister said.

Women will be given the responsibility to supply the items required in Aganwadi centres, schools and in cowsheds, Thakur said.

Prajapati Samaj honoured minister, Bhupendra Singh Thakur, at a function on Sunday. Singh said that he would always be committed to the community.

Thakur said he would make efforts for giving jobs to the youths of the Prajapati community which belongs to other backward castes.

The state government is committed to give 27% to the community, the minister said, adding that the community has played an important role in the development of the area.

According to the minister, the members of the community provided bricks for 7,000 houses constructed under the PM’s housing scheme.