Stirs up emotion among passers-by; she shows more affection than a human mother who batters her 15-year-old son to death
FP News Service 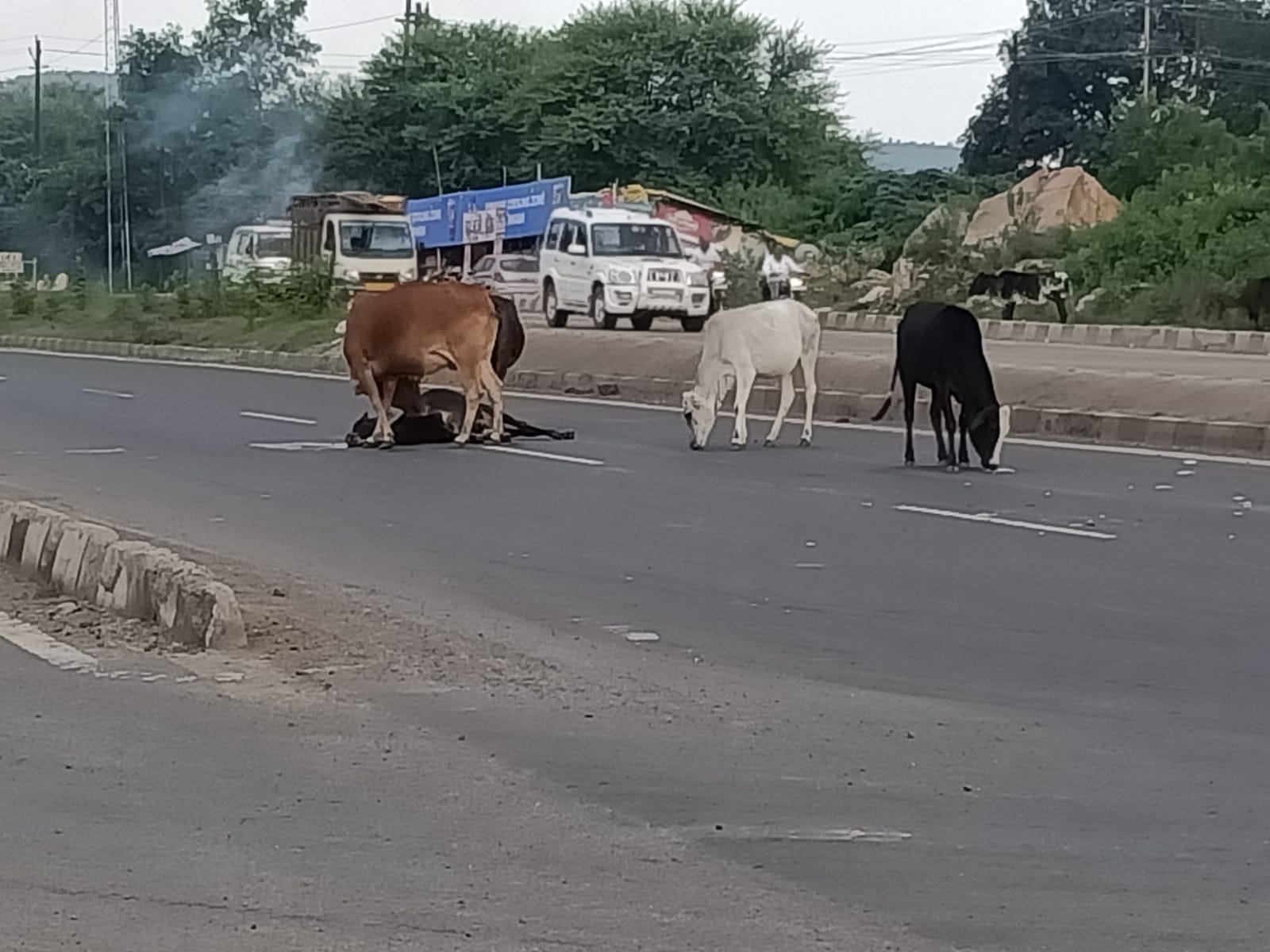 Jabalpur (Madhya Pradesh): A woman on Friday battered her 15-year-old son to death, for he had seen his mother to be in a compromising position with another man.

In the same city, on the same day, one witnessed a different scene. A cow was in tears, for her calf was killed in a road accident.

She was moving around the body of the calf and fondling it with her tongue. She was also looking at the passers-by, seeking help from them.

The incident occurred on the National Highway number 30 near Chargawan turn.

Meanwhile, many other cows also reached the spot. All of them began to pet the body of the cow with their tongues.

In an effort to side-step a dead cow, a man and his daughter were recently killed in a road accident in Natwara area under Shahpura police station, the police said.

The police further said that nearly 12 accidents occur daily on the roads in the rainy season when the heads of cattle gather on the thoroughfares.

According to the officials of the civic body, there are more than 3,000 stray cattle in the city.

The officials further said that there are more than 50 stray cattle in each ward in the city.

There is no system to provide them proper shelters and fodder, they added.

According to the traffic police, the stray cattle have become a menace to the smooth flow of traffic. Madhya Pradesh: A traffic policeman exposes a beggar in Indore