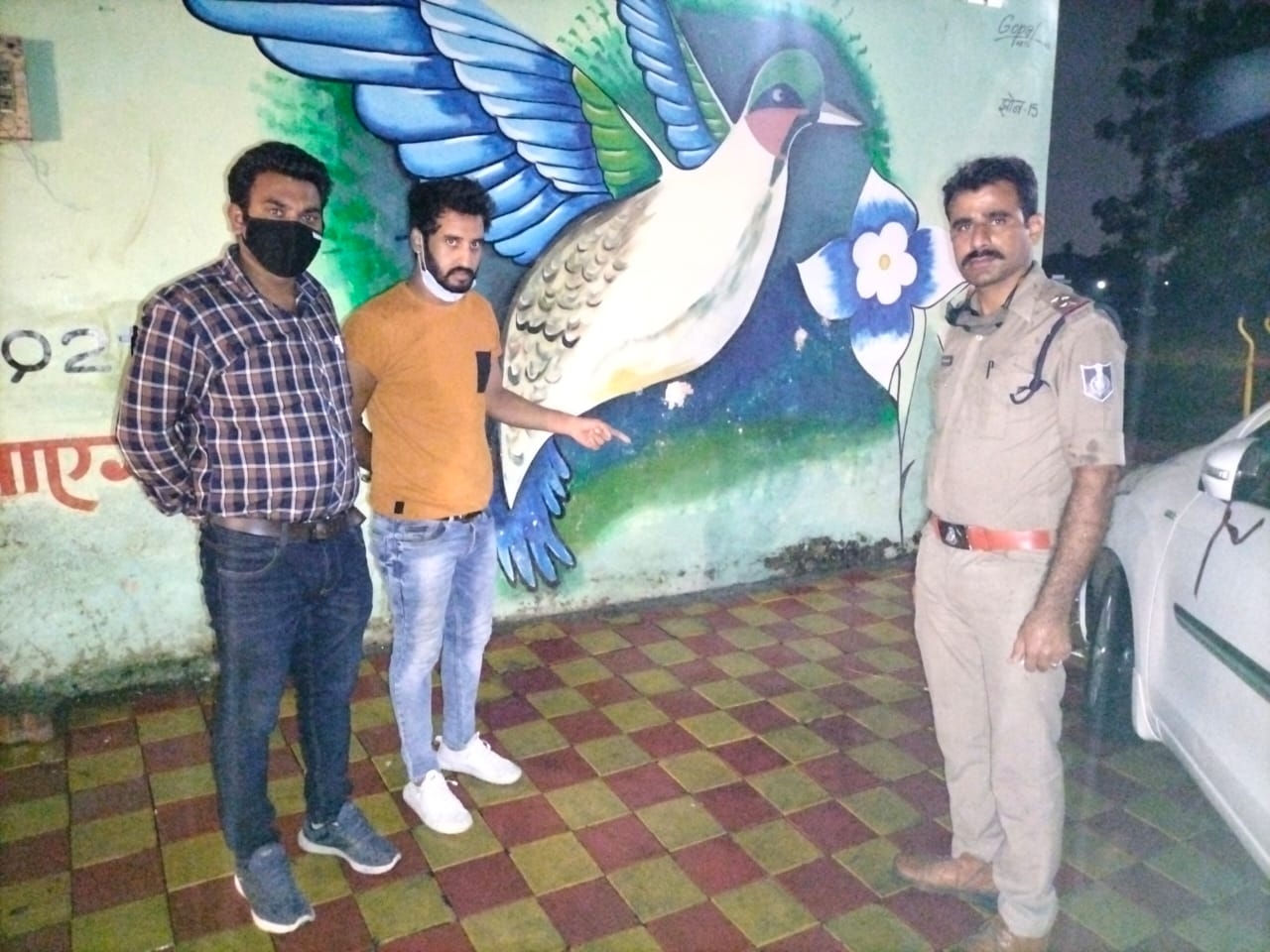 Place where accused had parked their scooter |

Indore (Madhya Pradesh): The police, on Sunday, recreated the sequence of events to establish the theft of Rs 80 lakh at a utensil trader. The police have recreated the incident to check the exact time of the theft and the time taken in committing the crime.

The police, , on Saturday, arrested two persons, named Vaibhav and Arbaz, in connection with the theft of Rs 80 lakh at the house of utensil trader Rahul Agrawal, in Gumashta Nagar. Cops claimed that Rahul’s wife, Madhuri, was the conspirator in the theft as she was jealous of her sister-in-law (wife of husband’s brother) over property matters. According to Vaibhav, his sister, Madhuri (Rahul’s wife), had told him to commit theft at her place. According to the plan, Madhuri had taken her mother-in-law to visit a doctor before which she had informed Vaibhav to commit the theft as the other family members were not at home on Wednesday evening.

According to ASP Prashant Choubey, to establish the incident and check the exact time of the theft, the sequence of events was recreated by the police on Sunday. The police recreated the scene at the house of the trader. Madhuri, along with her mother-in-law, left her house at 6.13 pm after informing her brother, Vaibhav. Vaibhav, along with accomplice Arbaz, reached there around 6.38 pm and committed the crime. Later, Vaibhav reached near Lalbagh and made a phone call to Madhuri at 7.15 pm.