But an official in his publicity team pointed out that the chief minister plants saplings every day, even when `the weather is inclement'. "Andaz Apna Apna!", said one comment on Twitter.
PTI 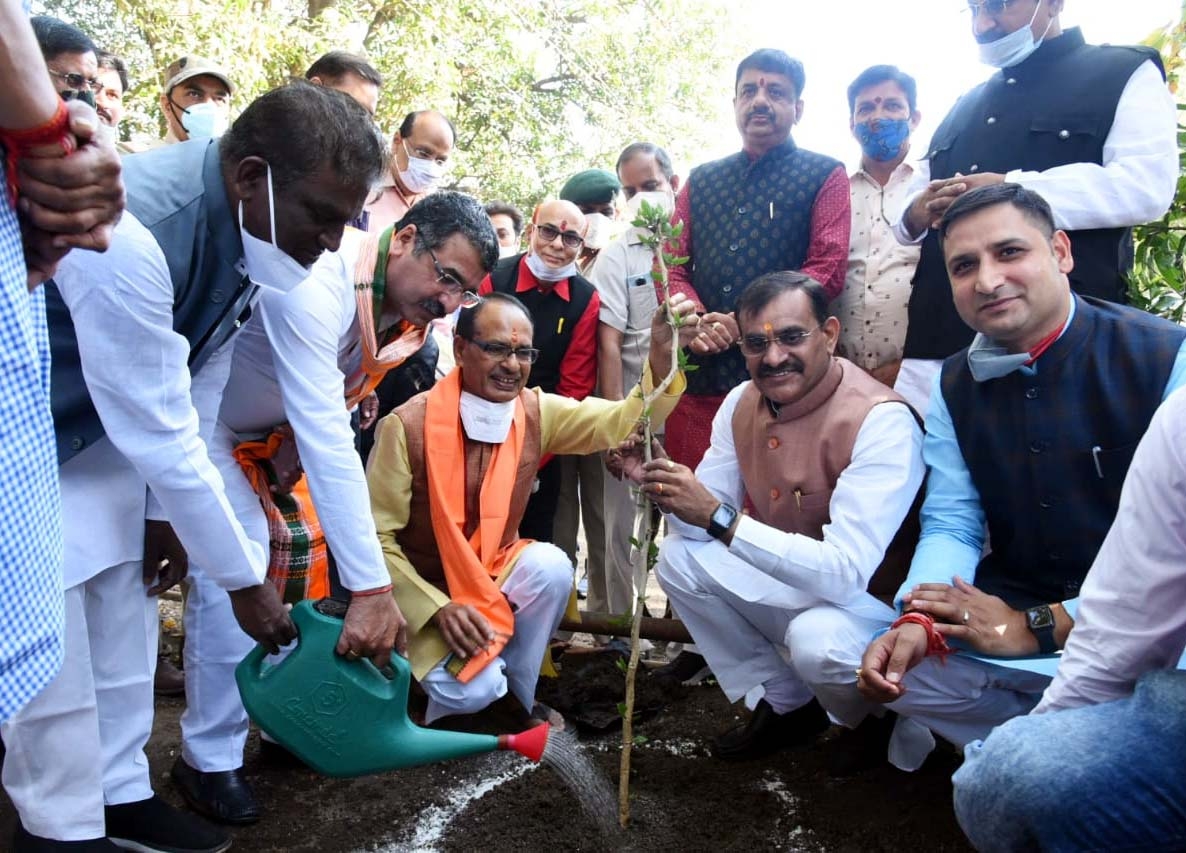 Bhopal (Madhya Pradesh): A picture showing Madhya Pradesh Chief Minister Shivraj Singh Chouhan watering a sapling in the rain while an aide holds umbrella over him tickled the Twitterati on Friday.

But an official in his publicity team pointed out that the chief minister plants saplings every day, even when `the weather is inclement'.

The opposition Congress was prompt to take a dig at Chouhan by sharing the picture in which he is seen standing on a tile while watering the plant.

"Son of the soil, son of a farmer, after getting an expensive stone placed on earth watering a plant in the rain under the cover of umbrella. A rare picture...," tweeted Congress spokesperson Narendra Saluja.

When contacted, a member of Chouhan's publicity team said, "We don't want to comment on such trivial issues. What can Chouhan-ji do if someone places a tile for him to stand on, and out of respect holds an umbrella to cover him from showers? "Despite inclement weather, he plants saplings every day and waters them. Is it not praiseworthy?" the official added.

The picture had been clicked in Bhopal on Wednesday, he claimed.