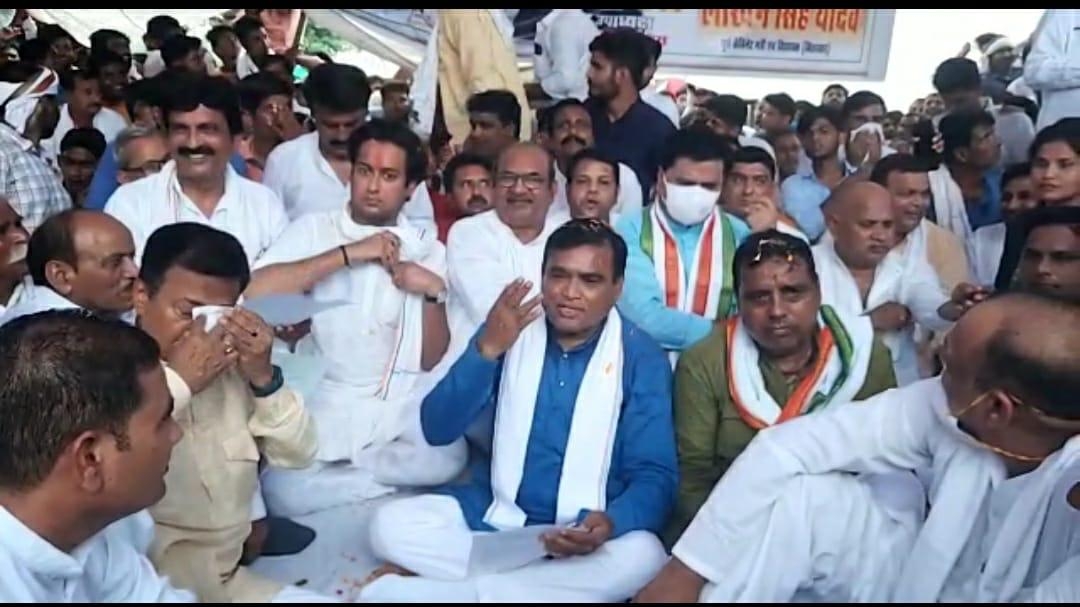 The demonstrations were held yesterday in the district regarding the public problems of the people. A case was then registered against about two hundred and fifty people including the Congress MLA.

An FIR has been registered by the police administration for breaking the protocol of COVID-19 in the agitation carried out at various places.

Earlier, Congress MLA Satish Sikarwar along with the people of the area and supporters, had gathered at the headquarters of the Municipal Corporation and staged a sit-in. This dharna of Satish Sikarwar was about 15 points.

A similar demonstration was held in Bhitarwar under the leadership of former minister Lakhan Singh, in which Congress officials were also present along with Jaivardhan Singh.