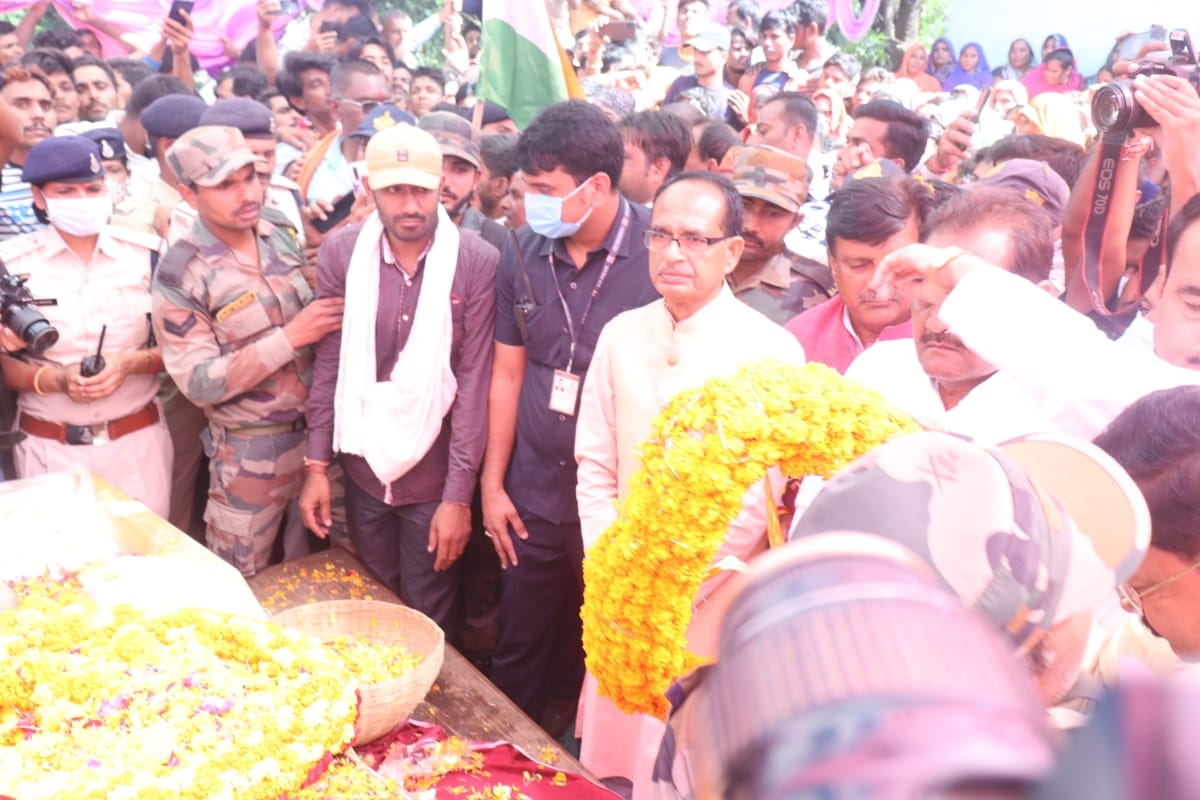 Bhopal (Madhya Pradesh): Chief Minister Shivraj Singh Chouhan has announced to give Rs 1 crore to the family of martyr Karanveer Singh Rajput and offered a government job to his brother.

A memorial of the martyr will also be built, Chouhan adds.The chief minister made the statements during his visit to Daldal village of Satna district on Friday.

He paid homage by laying a wreath on the mortal remains of Rajput who was killed while battling the militants in the Shopian district Kashmir on October 20.

“I salute the mother of martyr Rajput, who gave birth to such a brave son. He has not left this world but has become immortal while protecting the integrity of Mother India,” he said.