An urn containing ashes of farmers who were killed in the violence reached Gwalior on Monday.
FP News Service 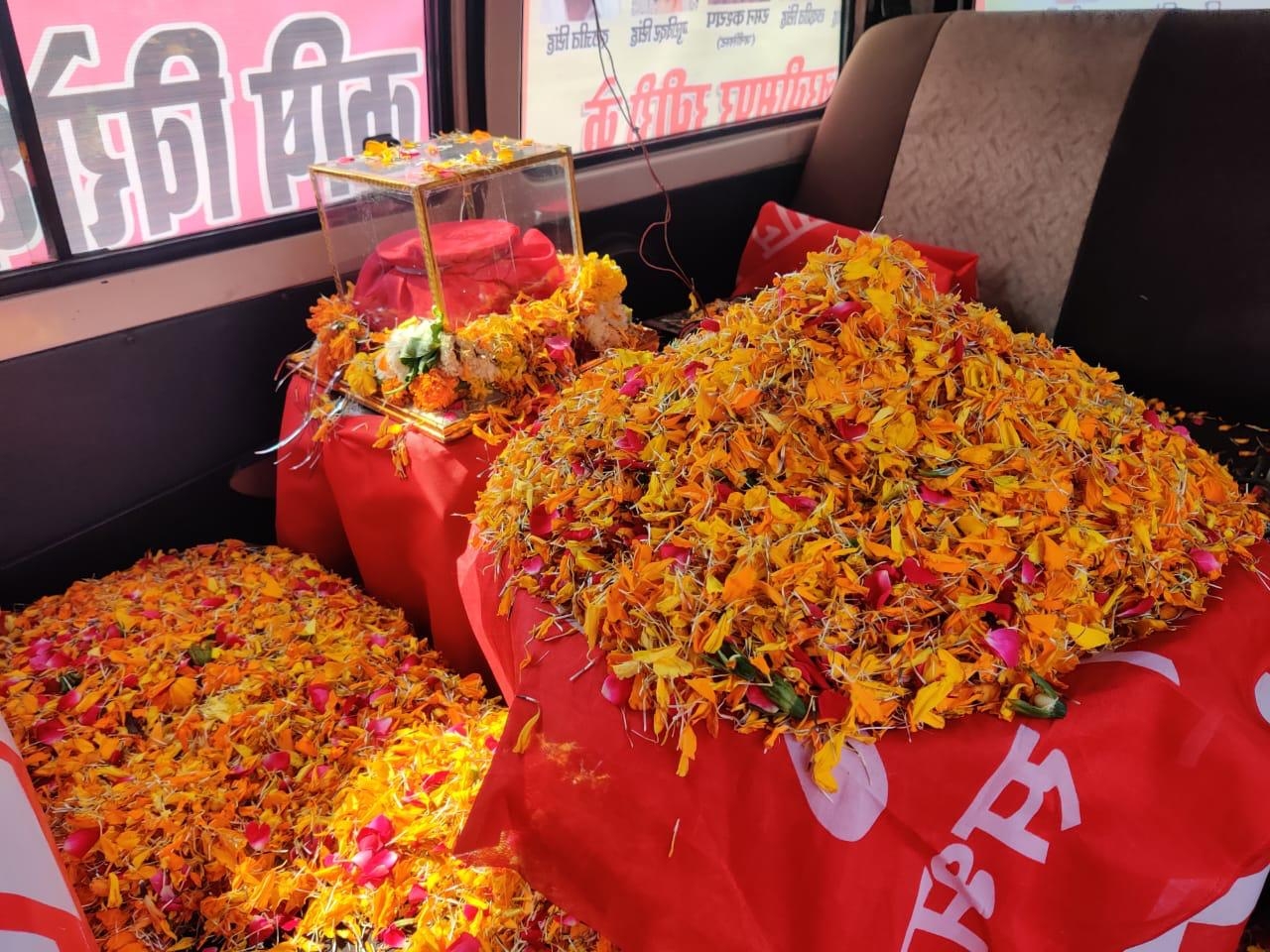 Gwalior (Madhya Pradesh): The Asthi Kalash Yatra being taken out by farmers’ outfits has begun from Gwalior.

It will move throughout the Gwalior-Chambal region for four days. The farmers’ associations said that they would make farmers living in villages aware about the anti-farmers policies of the union government and also about the farmers who sacrificed their lives in the protest.

Notably, eight people including four farmers were killed in Lakhimpur Kheri violence that broke out after the vehicle of Union Minister of State for Home Affair’s son ran over farmers who were participating in a protest rally.

An urn containing ashes of farmers who were killed in the violence reached Gwalior on Monday. The farmers’ associations of Gwalior-Chambal region had announced that they would take out Asthi Kalash Yatra from October 26.

On Tuesday, the turn was taken to Samadhi Sthal of Rani Laxmibai. The members of the farmers’ association offered floral tribute to Rani Laxmi Bai and commenced the Yatra.

“Our motive is to educate our farmer brothers about the reality of three laws which are forcefully being imposed on farmers,” Akhilesh Yadav, a farmer leader, said.