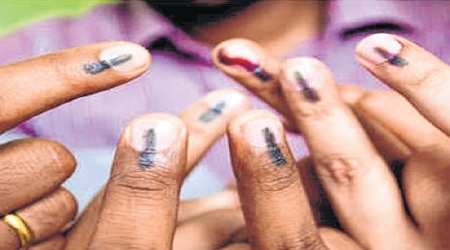 The election commission has instructed all district electoral officers to take care while allotting duty to female staff for poll duty. This time, 500 pink booths will be set up across the state.  Pink Booths will have all women staff, meant to encourage women voters to come out in large numbers to exercise their franchise. Election commission wants to increase the participation of women voters across the state that is lower in comparison to men.

But on the other hand, instructions of election commission to deploy women staff at polling station with care has been termed as government’s acceptance of deteriorating law and order situation besides lack of basic infrastructure in far flung remote areas.

The instructions issued on Thursday, says a team should comprise of at least two women staff members, neither more nor less. The letter also clearly states that women should only be deployed on poll duty only if it’s essential. The letter states that duty of female staff should be restricted to urban areas and cities only.

The software being used by the poll panel to finalise the duties for the polling staff too has a programme to count and allot duty for female staff, said Sandeep Yadav, additional CEO. The EC, this year, has decided to set up 500 pink booths across the state.