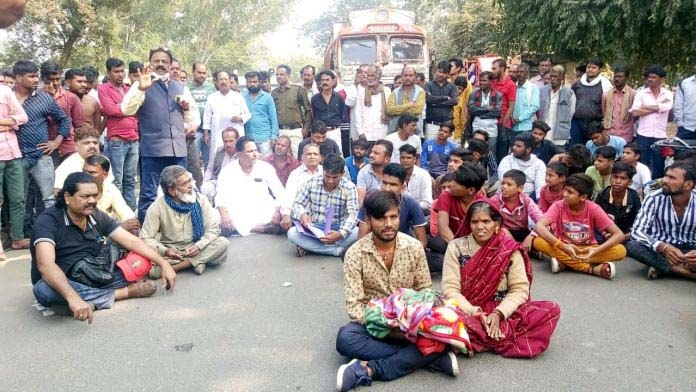 Bhopal (Madhya Pradesh): Another infant from Raisen admitted in Kamla Nehru Hospital, when fire incident broke out on November 8, died on Sunday, said hospital authorities. Parents of the infant took body to their native place in Ghairatganj and blocked road demanding post-mortem and compensation.

Head of pediatrics department at Kamla Nehru Hospital, Jyotsna Shrivastava, said infant was referred to hospital as she was severely malnourished and suffered from septicemia. “The infant was referred from Raisen District Hospital. All required treatment was given to the newborn. Fire incident has nothing to do with her death,” said HoD, Jyotsna Shrivastava. Elder brother of infant’s father had given in writing that they do not want post-mortem, she added.

Infant’s father Naveen Vishwakarma suspects that her daughter died of suffocation caused to fire incident. “Hospital administration did not allow us to meet our daughter for days. “We were informed on November 20, late in the evening, about her death. They took signature on several documents and handed over the body to us,” said Vishwakarma. Burn marks could be seen clearly on her body, he added.

Damor said the family members will get benefit of government scheme that they are eligible for.

Madhya Pradesh: Police commissioner system to be implemented in Bhopal and Indore