On getting information, the police rushed to the spot and sent the body for postmortem

Gwalior (Madhya Pradesh): A three-year-old boy died after falling from 12-foot-high roof in Jhanda-ka-Pura (Tighra), the police said on Thursday. The child fell from the roof nearly five days ago and sustained injuries. He was admitted to a hospital where he died on Wednesday.

On getting information, the police rushed to the spot and sent the body for postmortem. According to reports, the three-year-old son of Ballu Kushwaha, Kartik, fell from the roof of his house in the evening of December 10.

The incident occurred when he was playing on the roof. The child, who sustained severe head injuries, was rushed to Gwalior district hospital where he died.

All other boys, who were playing with him, came downstairs, but Kartik went to the roof again and fell from there. His father works as a labourer on daily wages.

A 56-year-old labourer committed suicide by consuming poison. He was working in a cloth factory in Gwalior, but the reasons for his taking the extreme step could not be learnt. According to the police, the labourer, identified as Barelal, consumed poison on Wednesday evening. As his condition deteriorated, his family members took him to a hospital from where he was referred to JAH hospital, but he died after three hours. Barelal was a resident of Mahendra Nagar.A small bottle containing poison was found in his pocket. 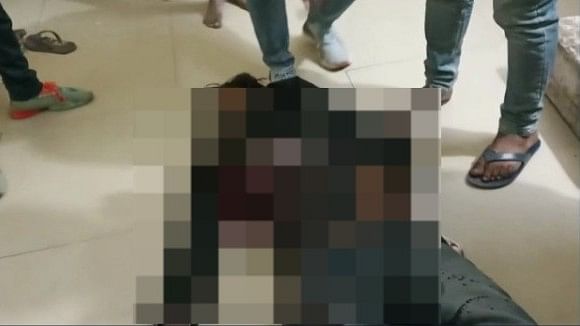