They were hiding in forest near Patiyapura. Motorcycles, screw drivers, pliers and hand-saw seized from them.
Staff Reporter 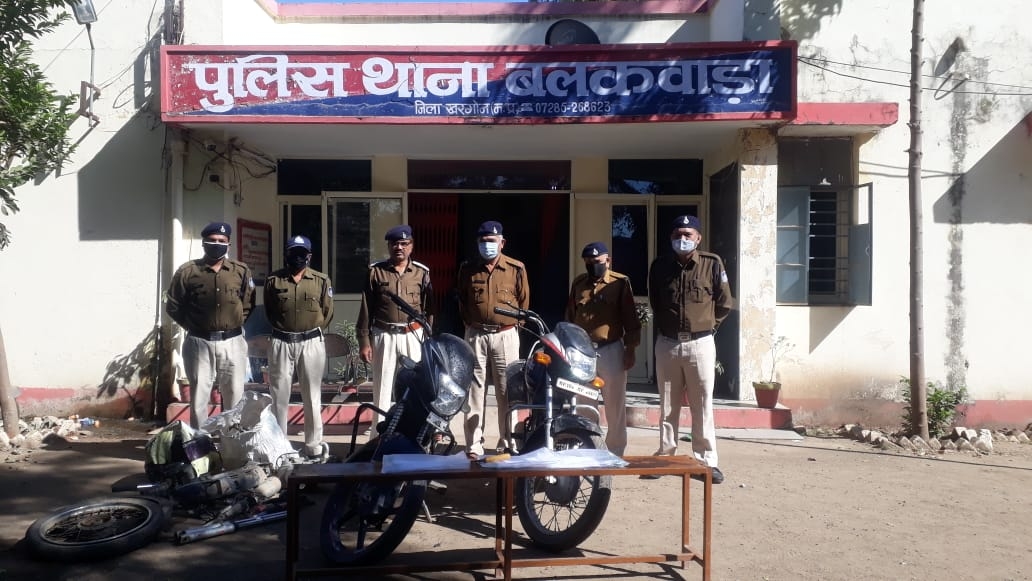 Khargone: Balakwada police have busted a motorcycle theives’ gang and have arrested three persons in this connection. They have seized two stolen motorbikes and one motorcycle engine. The police acted on directives of Inspector General of Police Indore Yogesh Deshmukh to curb motorcycle thefts in Khargone district.

On December 2, sub inspector Tiwari of Balakwada police station received a tip that a group of motorcycle thieves were hiding in forest near Patiyapura. He constituted a team and reached the spot. There, they arrested three accused after a siege.

On interrogation, the accused revealed their identities as Shubham son of Gopal (19), Saddam alias Sharif son of Usman Pinjara (22) and Tarun alias Tanna, son of Sukhdev Karma, (19). All the three are residents of Bamandi.

The police seized motorcycle keys (without motorcycles), screw drivers, pliers and hand-saw from the accused. On further quizzing, police found stolen motorbikes and one motorcycle engine.