Inspector Ranjan was demanding a sum of Rs 50,000 as a bribe to withdraw saving funds of an employee around Rs 59 Lakhs.

Jabalpur (Madhya Pradesh): A Central Bureau of Investigation (CBI) team of the city has arrested a Coal Mines Provident Fund (CMPF) inspector for taking a bribe of Rs 10,000, an official said.

According to CBI official Ajay Dubey, the inspector, Rajesh Ranjan is posted in CMPF, Singrauli. An employee of the same company had lodged a report that Ranjan was demanding a sum of Rs 50,000 as a bribe to withdraw his saving funds around Rs 59 Lakhs in the company.

Following the complaint, the team laid a trap and reached Singrauli to nab the accused. As soon as the complainant gave him the first installment of the bribe Rs 10,000, the team rushed to the spot and arrested him red handed. After the arrest of the accused, the CBI team reached Ranjan’s house in Singuali and searched the house.

The CBI team brought him to Jabalpur and would present him before the court after interrogation, Dubey added. 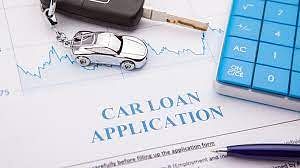