The police got the photograph of the suspect and trailed the root of his journey and sent a team to Devas and Indore.
FP News Service

Hoshangabad (Madhya Pradesh): The police have arrested four conmen for duping a 70-year-old woman of her gold chains, official sources said on Friday.

The woman Premwati Sahu, a resident of the Baktra area in Shahganj lodged a complaint on Wednesday that she had gone to Raisalpur to meet her relatives.

At the time of returning from there, she hired a vehicle to reach the Hoshangabad bus stand.

As soon as she got off the vehicle near the mausoleum of Ramji Baba, a man came to her and identified himself as her relative.

He said that he had bought a water pump from a man for Rs 10,000 but he demanded Rs 12,000 and he did not have enough money to pay for it. He sought her help to buy that.

The woman then gave her gold chains to the stranger who handed over a packet to her saying that it contained currency notes, but when the women opened the packet she found only a few pieces of paper in it.

She lodged a complaint at the Hoshangabad police station, and the station in charge himself sifted through the CCTV footage of the incident.

The police got the photograph of the suspect and trailed the root of his journey and sent a team to Devas and Indore.

The police detained Narendra Ahirwar, a resident of Itawa area in Dewas.

Qureshi said that he and his three cohorts had committed the crime, and the gold chains were recovered from the pocket of his jacket.

One of his cohorts lives near 80 feet road at Shiv Nagar in Bhopal. Other conmen involved in the crime were Munna Kureshi and Ashok Ahirwar.

The accused confessed to their crime. They were presented before the court, the police said. 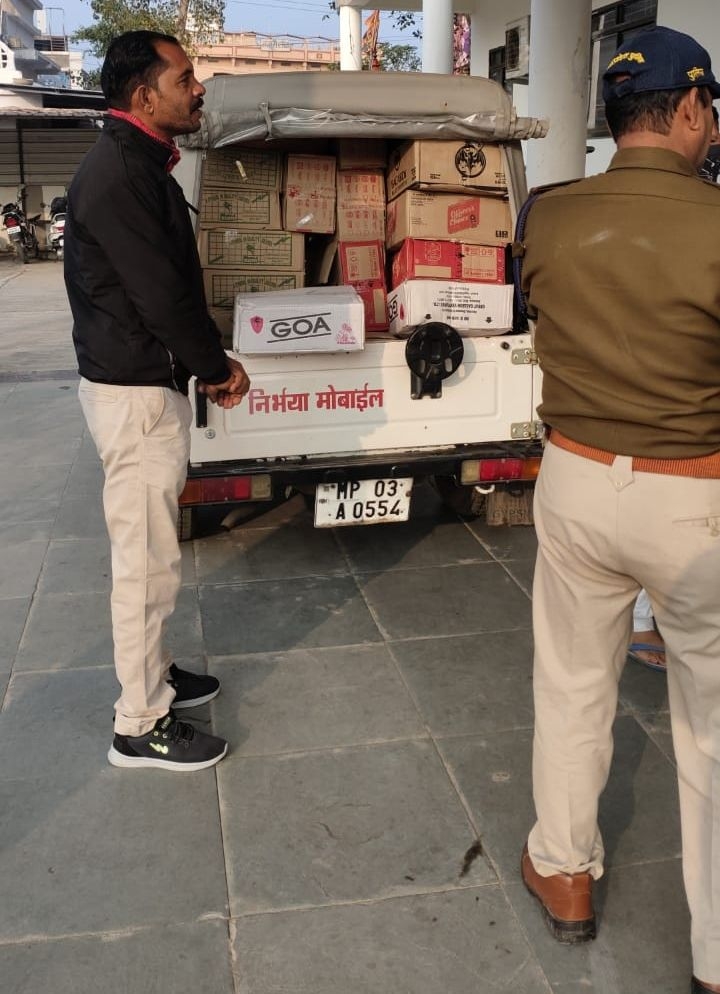 A police team unearthed liquor worth Rs 1.62 lakh from a place near Khedapati temple in the Shanischar area in the city in the early hours of Thursday, official sources said.

According to the in charge of Kotwali police station Santosh Singh Chouhan, a case has been registered against the culprits and the police launched a search for them.

Sub-divisional officer of police Manju Chouhan, Santosh Singh Chouhan and others took part in the raid.