In Gwalior to celebrate the 191st birth anniversary of the Jhansi queen Rani Laxmi Bai on Tuesday.
Staff Reporter 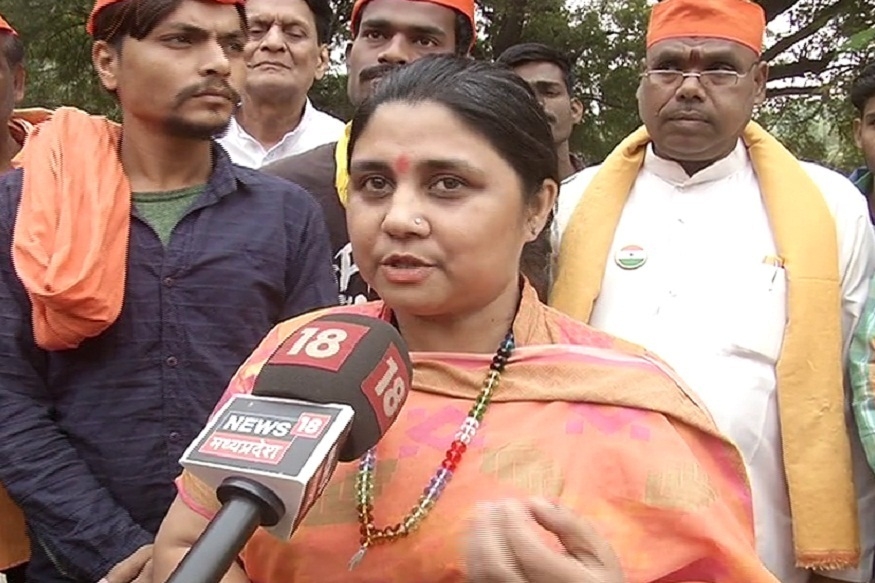 The president Rajshree Choudhury – who is also the grand-daughter of Netaji Subhash Chandra Bose – announced on Tuesday the plan to gherao the Parliament in Delhi, if the case registered recently against the Hindu outfit’s worker Naresh Batham in Gwalior wasn’t withdrawn by the Madhya Pradesh police.

In Gwalior to celebrate the 191st birth anniversary of the Jhansi queen Rani Laxmi Bai on Tuesday, Choudhury said “if the false FIR registered against our worker in Gwalior isn’t withdrawn by the police in the coming days, we’ll certainly gherao the Parliament.”

Importantly, the Hindu outfit member Naresh Batham was booked under Section 153a of IPC (promoting enmity between different groups on grounds of religion, race, place of birth, residence, language, etc and doing acts prejudicial to maintenance of harmony) on November 16 at Gwalior’s Lashkar Kotwali on the complaint of a local social activist and ruling Congress worker Ravindra Chouhan.

The complainant had alleged threat to peace from pamphlets circulated by Naresh Batham and other Hindu Mahasabha workers on November 14, just a day before the Hindu outfit observed at its office in Gwalior, the 70th anniversary of Godse and Apte’s hanging after being sentenced to death for the murder of Mahatma Gandhi.

In his complaint, the complainant had mentioned that the pamphlet distributed by Batham and others on November 14 in Gwalior, described Mahatma Gandhi as the person responsible for country’s partition and justified the January 30, 1948 assassination by Godse.

A day later, the Mahasabha members had garlanded Godse and Apte’s pictures, performed their puja and arti, besides singing bhajans in their memory at the Mahasabha’s office in Gwalior to mark the anniversary of Godse-Apte’s hanging as Balidan Diwas.

Two years back on November 15, 2017, the Mahasabha members had tried to establish Hutatma Nathuram Godse Temple at its office in Gwalior, but the local administration foiled their plans by seizing Godse’s statue.

“A day will come, when people across the country will realize that successive Congress government in Independent India had done injustice to Nathuram Godse (our central leader) by scripting false history about him. The day isn’t far when statue of Nathuram Godse won’t stay confined to an office only, but will occupy place in every Indian heart,” said the Hindu Mahasabha national president Rajshree Choudhury on Tuesday.