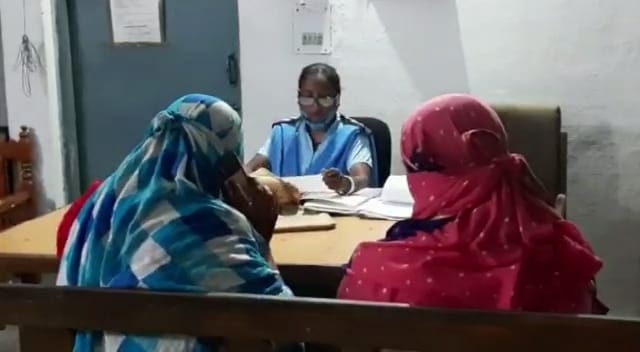 They also accused the Bajrang Dal workers of extorting Rs 35,000 from one of their male friends.

The Bajrang Dal workers created a ruckus at Shukla Nagar in Ajani Vihar under Madan Mahal police station in Jabalpur on Sunday evening. They alleged that the two girls were living in a rented house and running prostitution.

On getting information, a police team rushed to the spot and took the girls to the police station.

According to reports, the girls shifted to Shukla Nagar a few days ago. “Boys were frequently visiting the rented house of the girls. Therefore, locals grew suspicious that girls were running a prostitution racket,” said a police officer.

One of the girls, who came in front of the media, said that the boys who were visiting her were their friends. “Bajrang Dal workers were demanding money from us. When we refused to pay it, they implicated us in a false case. They snatched the key of my two-wheeler and snatched Rs 21,000 from her. They also extorted Rs 35,000 from one of my friends and threatened to implicate him in a flash trade case,” the girl said.

Bajrang Dal workers, however, said that all residents knew that the girls were running prostitution racket in the residential colony.

In charge of Madan Mahal police station Neeraj Verma said, “The residents accused the girls of running a flesh trade racket, but nothing was found at the spot that can prove that girls were involved in any illegal activities. Girls have, so far, not lodged any complaint against any person for committing robbery or for extorting money from them.”

Bhopal: Man rips off female assistant professor in name of transferring her