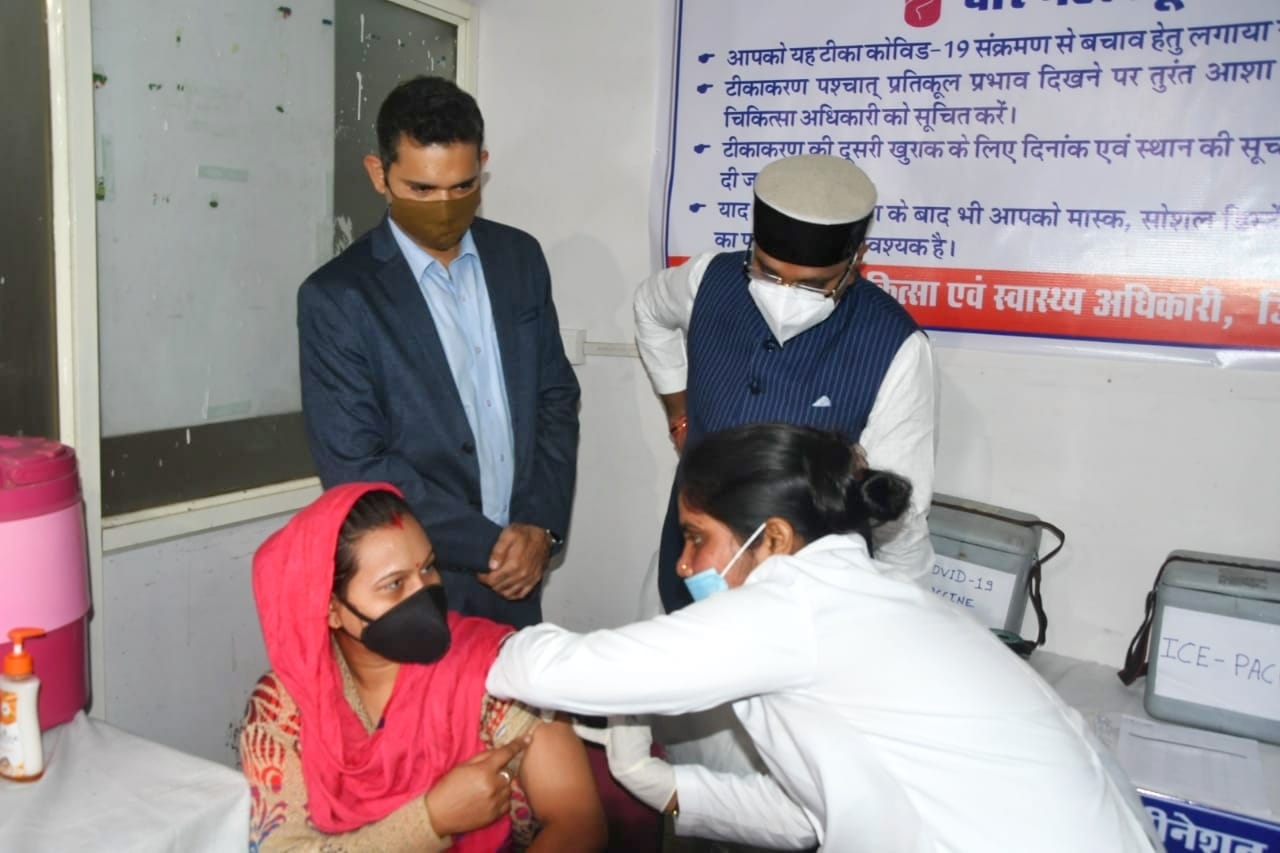 Bhopal (Madhya Pradesh): After administering seven crore COVID-19 vaccine doses, the Madhya Pradesh government has announced to launch a special inoculation drive from November 15 by holding vaccination and testing camps at public events to cover its entire eligible population by the end of this year.

The state government had earlier held mega vaccination drives in August and September.

The government also plans to make phone calls to those people, who have received their first vaccine dose, to remind them about getting the second jab.

"A special drive will be started from November 15 for the people who haven't received first or the second jabs so far in a bid to achieve the total vaccination target by December 31," Madhya Pradesh Chief Minister Shivraj Singh Chouhan said while addressing a meeting held to review the coronavirus situation in the state at his residence on Friday evening.

He directed the officials to hold COVID-19 vaccination and testing camps during public programmes in the coming days.

Claiming that the pandemic situation in the state is under control, Chouhan said despite that a campaign should be run to sensitise people.

"School and college children should also be included in the awareness campaign so that they can encourage their parents to get vaccinated. Those people who got the first shot, but did not turn up for the second dose should be reminded by making phone calls through the call centre," he said.

The chief minister also directed the authorities to continue focusing on COVID-19 testing, especially in Bhopal and Indore, which have been most hit by the pandemic.

According to officials, an average of 58,000 coronavirus tests are being conducted everyday in the state.

An official release had said on Friday that 7,00,53,790 COVID-19 vaccine doses have been administered so far in the state.

On Friday, COVID-19 tally in Madhya Pradesh rose to 7,92,832 with the addition of nine new cases, while the death toll remained unchanged at 10,524, health department officials said.