Besides, the put up posters contain a photograph of Allu Arjun’s character in the movie.

Chhindwara (Madhya Pradesh): Allu Arjun starrer Pushpa movie seems to have left its impact on forest officials in Chhindwara. They have put up witty posters, warning people to avoid setting fire in the forest area.

It has been written in the poster, “Jungle mein fire nhi flower hone chahiye (There should be flowers in the forest, not fire). Remember that setting fire to a forest can be punishable with a fine of Rs 15,000 and imprisonment for one year.”

Besides, the put up posters contain a photograph of Allu Arjun’s character in the movie.

The posters have been put up in the forests of Batkakhapa, Ojhaldhana, Chargaon and Banka. According to the forest staff, there are a huge number of Mahua trees in the forest and its flowers start falling from it around the Holi festival.

During this, rural women and men set up a fire around the tree in the early morning to collect the flowers. Sometimes the spark of fire covers the forest and various fire incidents have been reported in the last few years.

Following which, the forest officials have taken the initiative to make villagers aware of it.

Ranger of Eastern Batkakhapa forest, Anshul Rawat said that the dialogues of Pushpa movie had been linked to the message in preventing forest fire incidents. The share of forest area in the total area of ​​11.80 lakh hectare of the district is 29 percent i.e. 3.51 lakh hectare. “These forests are not only necessary for the environment, but also a source of income for a large population,” Rawat said.

The forest produce Mahua were collected by the locals of the district and it was sold in the local market. Its support price is Rs 30 per kg. But last year, with the support of the market, the price reached Rs 90 per kg. 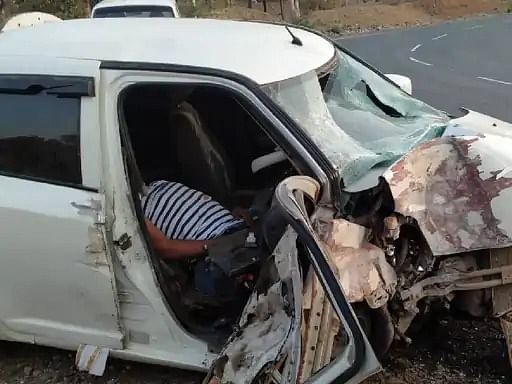