Paradsinga, a tiny village in Chhindwara district close to the state's border with Maharashtra, lies on the agricultural belt known for its BT cotton production. The village is largely dependent on rainwater for irrigation and as it is on a plateau, the groundwater table here is very low.
IANS 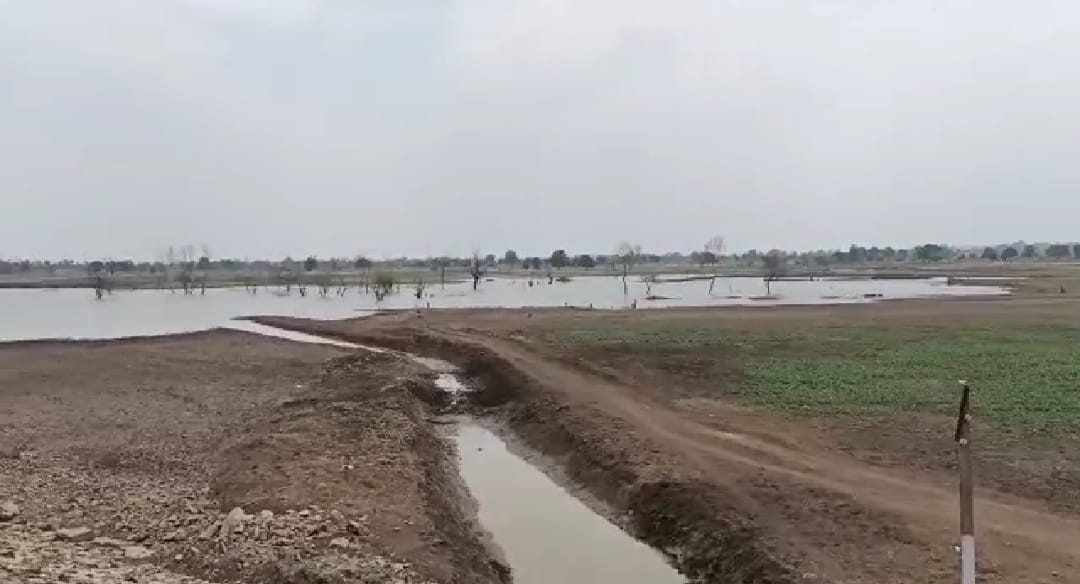 Chhindwara (Madhya Pradesh): When a group of passionate people in a community come together, they are bound to bring in a positive change not only in their own lives but also in their surroundings. This was proved by the residents of Paradsinga village in Madhya Pradesh Â- an irrigation pond they dug on a marshland has helped not only improve the groundwater levels in the area but also diversify their farming and turn their fields into a thriving hub of biodiversity.

Paradsinga, a tiny village in Chhindwara district close to the state's border with Maharashtra, lies on the agricultural belt known for its BT cotton production. The village is largely dependent on rainwater for irrigation and as it is on a plateau, the groundwater table here is very low. Even tube wells are not of much help because they dry up much before the summer peaks, making BT Cotton the ideal and overwhelmingly popular crop.

Considering the scenario, Shweta Bhattad, a young farmer in Paradsinga, and her friends decided to spearhead a movement that would slowly but steadily bring about a change in their village. They consulted Amitabh Pawde, a civil engineer who left his job with the Airport Authority of India (AAI) 14 years ago to take up full-time farming at his native village, Yerla Pawde, in Nagpur district. He is recognised as an expert on rainwater harvesting in Maharashtra.

Pawde said: "When I visited Paradsinga around six years ago, I was shown a piece of land at Bhattad's farm. It was a marshy patch and considered a 'wasteland' because silt carried by rainwater from surrounding fields gathered on it. I was told that much effort was made to raise crops on it, but whatever was sown there invariably rotted because of water accumulation during rains. However, I was sure that it was the best patch of land in the entire village because it gathered a thick layer of topsoil carried by the rainwater from other fields. I told the villagers that it was an ideal location to dig an irrigation pond."

The villagers joined hands and the process began without further delay. They hired earthmovers to dig a 100x100-foot pond. However, with the absence of springs to fill the pond, they had to wait for the rains. Pawde said: "When it rained, the overflow from the nearby fields did the needful. I supervised the project, and the soil that was dug out was used to construct the embankments of the pond which now nurture rich vegetation. We ensured that the embankments had enough slope so that the wild animals that came there to drink water would not slip and drown in it."

It was the Bhattad family that spent the major portion of the money to dig the pond, although the rest of the amount was provided under a government scheme. A number of farmers in the village also contributed their efforts by stone pitching (fortifying with stone) the inflow and outflow channels of the pond.

Ganesh Dhoke, a farmer, said: "This is the first, and till date, the only irrigation pond in our village. The idea was to harvest the excess rainwater for irrigation and the recharging of the groundwater table. The results were immediately visible in nearby wells. The move has inspired many farmers even in the nearby villages. This pond has made our entire village proud."

Bhattad said another major and satisfying result of digging the pond was that it has made remarkable changes in the biodiversity in the area within a span of six years.

The pond has inspired farmers in the neighbouring villages, too. Shyamala Sanyal, a farmer in Killod village which is barely five kilometres away from Paradsinga, has also dug a pond to harvest rainwater. "I am an ardent nature lover and was inspired by Bhattad's pond. I, too, wanted to harvest rainwater. Even though the water levels in my wells were not bad, I noticed a significant rise after I dug the pond in my farm," she said.

Motivated by the success of Bhattad's irrigation pond, some farmers in Paradsinga are making efforts to take rainwater harvesting a notch higher. They have started constructing bunds in their fields to arrest the free flow of rainwater and stop the erosion of the fertile topsoil. The farmers were introduced to the technique by Tanmay Joshi, a young farmer who learnt the technique from other self-taught experts in Wardha.

"We keep drawing groundwater, but seldom make efforts to recharge it. Bunds not only stop soil erosion but also help boost the biomass content and porous nature of the soil. This improves the soil's fertility and reduces farmers' dependence on chemical fertilisers. We have planted trees such as mulberry, fig, pomegranate, guava, drumsticks and mango on these bunds to strengthen them as well as to reduce the farmers' dependence on cash crops," Joshi said.

Ganesh Dhoke, another farmer, said: "Earlier we used to buy almost all vegetables and wheat for our daily needs. However, now we are growing them on our own lands. This saves us money as well as provides better nutrition."

Bhattad's move has drawn a lot of attention in the area, and it is slowly bringing about change in agricultural practices. She said: "Because they are used to farming BT Cotton which requires less water and brings quick returns, many farmers do not want to raise other crops that would require rainwater harvesting measures such as ponds and bunds. However, our initiative is slowly changing people's mindsets, motivating them to raise indigenous crops that are not harsh on the soil in the long run."