According to police, complainant Rakesh Patel is posted as an employment assistant at Kota gram panchayat.

According to police, complainant Rakesh Patel is posted as an employment assistant at Kota gram panchayat. In his complaint, Patel told police that amid the ongoing Mukhyamantri Janseva Abhiyaan, orders had been issued by the district collector to conduct surveys in every village and inquire whether benefits of government schemes reached beneficiaries.

He alleged that he was conducting a survey in Kota gram panchayat on Sunday, and was assaulted by Lokendra Singh and Dhirendra Singh, sons of the former Sarpanch.

Following the incident, the police lodged a complaint and also reached the house of the accused along with the revenue department to measure the house dimensions, after which the house is likely to be demolished.

SDM of Rajnagar, DP Dwivedi, said that a video of the incident was doing rounds on social media. He added that he had directed SHO to apprehend the accused as soon as possible. 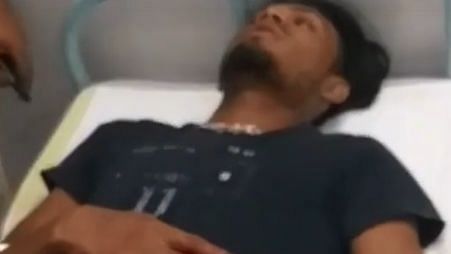